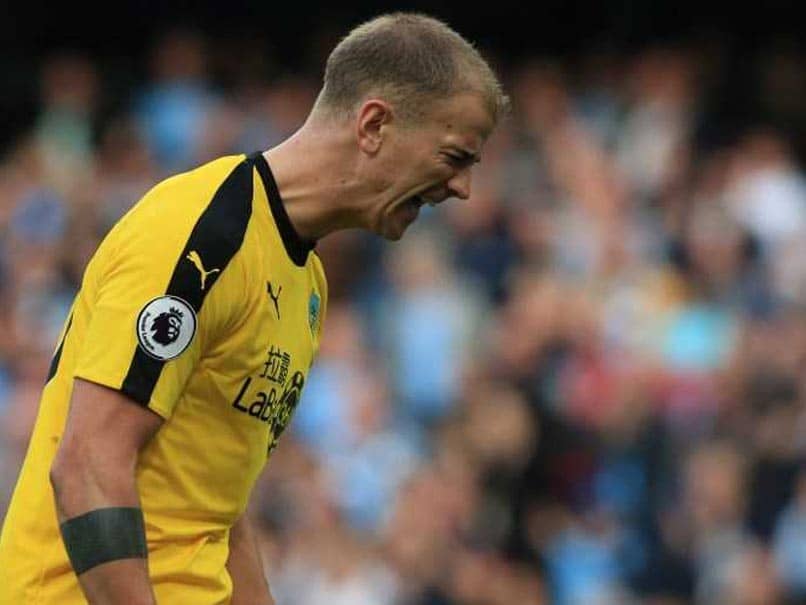 Joe Hart was signed by Burnley for a fee believed to be around 3.5million euros.© AFP

Joe Hart believes his form for English Premier League side Burnley warrants a recall to the England squad after recovering from the hurt he felt at missing out on the World Cup finals he told The Times. The 31-year-old goalkeeper is back garnering positive headlines for his new club after a nomadic couple of years once Manchester City manager Pep Guardiola told him he was surplus to requirements when the Spaniard arrived in 2016.

Loans to Serie A side Torino and then to West Ham - he enjoyed the former he says but not the latter which is where his form slipped and cost him the ticket to Russia with England - ended with him being signed by Burnley in the summer for a fee believed to be around 3.5million euros ($4.4million).

"There's nothing else could happen to me: I had England taken away from me in the summer, and not really having a home," he told The Times.

"I feel like it's (signing for Burnley) set me free because I'm not looking over my shoulder anymore, not worried about 'Where am I going to go?'."

Hart, who played a major role in England reaching the World Cup finals keeping seven clean sheets in the nine qualifiers he played in, has his eyes now firmly on the future and adding to the 75 caps he has accrued since making his debut in 2008.

"I tick the boxes required which supposedly would keep me in the squad (starting regularly).

"At the moment he (Southgate) is going to be in charge for the next four years, so it's a phase for me where I need to focus on getting it right at Burnley and seeing if that's going to be enough because I'm never going to go away.

"I want to play for England again."

Hart, whose iconic status at Manchester City saw him feted by having a training pitch named in his honour earlier this month, says further down the line he does not envisage following former England team-mates Steven Gerrard and Frank Lampard into management.

"Being a manager now is even more nuts than being a footballer," said Hart, whose most recent return to City was a chastening experience as his former club dismantled his present one 5-0 last Saturday.

"Unless you get something nailed on and are well respected it's a merry-go-round and it's by the seat of your pants.

"I'm happy for them, excited, but everyone's different.

"If I were to manage a Sunday league team, I'd have more fun."

Burnley Joe Hart Football
Get the latest updates on India vs Australia Series, check out the India vs Australia Schedule for 2020-21 and Ind vs Aus live score . Like us on Facebook or follow us on Twitter for more sports updates. You can also download the NDTV Cricket app for Android or iOS.