Footballer Gaurav Mukhi was allegedly involved in an age-fraud incident in the U-15 level in 2015. 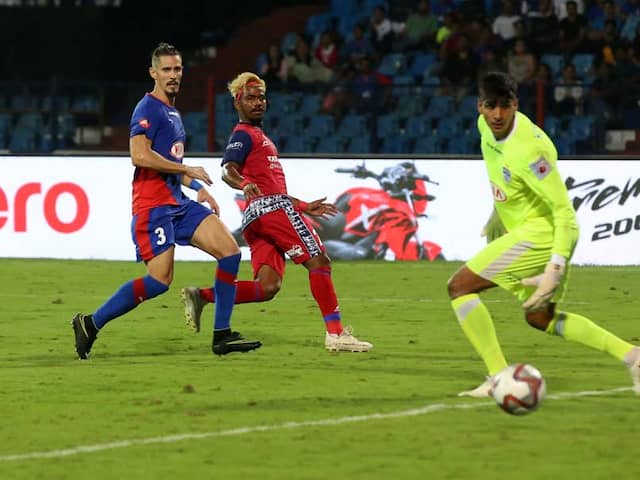 The All-India Football Federation (AIFF) on Tuesday opened an investigation into Jamshedpur FC footballer Gaurav Mukhi's age discrepancy case. Mukhi had made the headlines on Sunday when he came off the bench to score an 81st minute goal for the away side at the Sree Kanteerava Stadium in Benglauru in the ISL contest. Just after he struck the goal on his debut, the Indian Super League (ISL) commentators and their website referred to Mukhi as a 16-year-old youngster.

"Substitute 16 year old Gourav Mukhi of Jamshedpur FC scored the first equalizer of the game against BFC in ISL," the release added.

However, reports suggest that Mukhi was involved in an age-fraud incident in the U-15 level back in 2015.

The AIFF on Tuesday said that they have received documents from Mukhi which show his age to be 16 years. The governing football body of Indian however said that the matter will be referred to the relevant committee for appropriate action.

"Jamshedpur FC player Gourav Mukhi who had earlier given a declaration that his DOB (Date of Birth) was 04/05/1999 has now submitted documents to the CRS system referring that his DOB is 04/05/2002," the AIFF said in a statement.

"The Centralised Registration System (CRS) which registers in-detailed information of every single player for AIFF was not implemented for the National Championships and the State Associations in 2015, but later.

"The discrepancy in the DOBs will be referred to the relevant committee for further appropriate action," the statement added.

Jamshedpur FC Football
Get the latest Cricket news, check out the India cricket schedule, Cricket live score . Like us on Facebook or follow us on Twitter for more sports updates. You can also download the NDTV Cricket app for Android or iOS.