The United States, Mexico and Canada won the right to host the 2026 World Cup, beating Morocco in a vote by FIFA member nations on Wednesday. 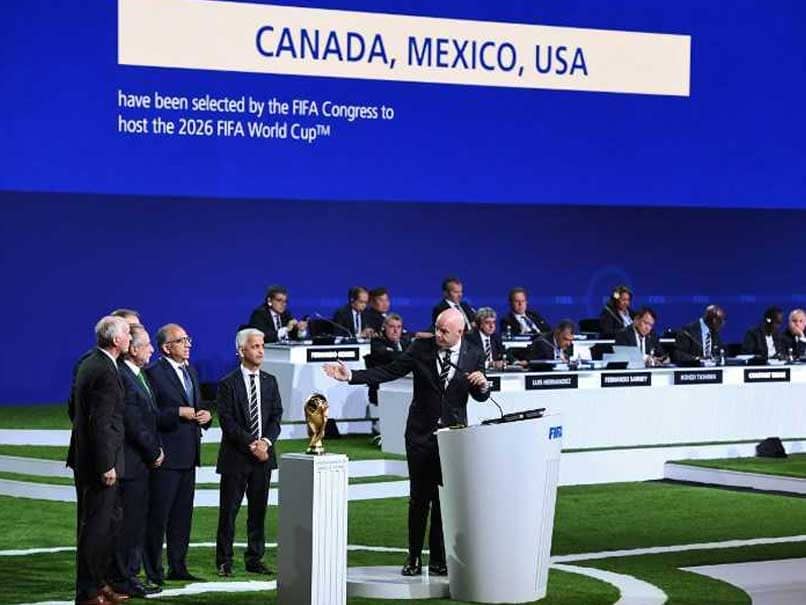 The United States, Mexico and Canada won the right to host the 2026 World Cup.© AFP

The United States, Mexico and Canada won the right to host the 2026 World Cup, beating Morocco in a vote by FIFA member nations on Wednesday. The North American bid received 134 of the 203 votes. Morocco polled 65 in the vote of the FIFA Congress in Moscow. The joint bid from the United States, Mexico and Canada boasts modern, established stadiums and well-developed transport links underpinned by Mexican football fervour.

The US hosted the World Cup in 1994, while football-crazy Mexico hosted in 1970 and in 1986, the tournament remembered for Diego Maradona's "Hand of God" goal. The mega event will return to the North American continent for the first time since 1994.

Morocco, on the other hand, promised a "European" World Cup in Africa, playing on the north African nation's proximity to Europe.

But compared to North America, Morocco's bid existed largely on paper -- many stadiums and roads would have had to have been built and critics questioned how it would have coped with the 2026 tournament, which will be expanded to 48 teams.

FIFA inspectors classified the north African nation's stadiums, accommodation and transport as "high risk", awarding it just 2.7 out of five in an evaluation report, with concerns raised over several critical aspects. They warned "the amount of new infrastructure required for the Morocco 2026 bid to become reality cannot be overstated".

The report made the US-Canada-Mexico bid the clear favourite after rating it four out of five, and Morocco was not able to bridge the gap.

Mexico Canada Football
Get the latest updates on IPL 2020, check out the IPL Schedule for 2020 and Indian Premier League (IPL) Cricket live score . Like us on Facebook or follow us on Twitter for more sports updates. You can also download the NDTV Cricket app for Android or iOS.