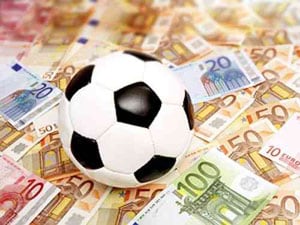 Mutschke said Wednesday that FIFA was involved in 20 match-fixing investigations worldwide last year, and he can't be sure the worst is over.

The former Interpol official accepts that "realistically, there is no way" FIFA can tackle organized crime, which has targeted betting on corrupt football matches as a high-profit, low-risk scam.

Mutschke says FIFA needs national law enforcement agencies to investigate, and has asked Interpol to persuade its members to help.

The "key to success" in Mutschke's long-term strategy to fight match-fixing is educating referees, players and officials to resist approaches by fixers.

Mutschke spoke ahead of a two-day European conference on match-fixing which opens Thursday in Italy.

Comments
Topics mentioned in this article
Football FIFA Mexico South Africa France Republic of Ireland
Get the latest updates on ICC T20 Worldcup 2022 and CWG 2022 check out the Schedule, Live Score and Medals Tally. Like us on Facebook or follow us on Twitter for more sports updates. You can also download the NDTV Cricket app for Android or iOS.