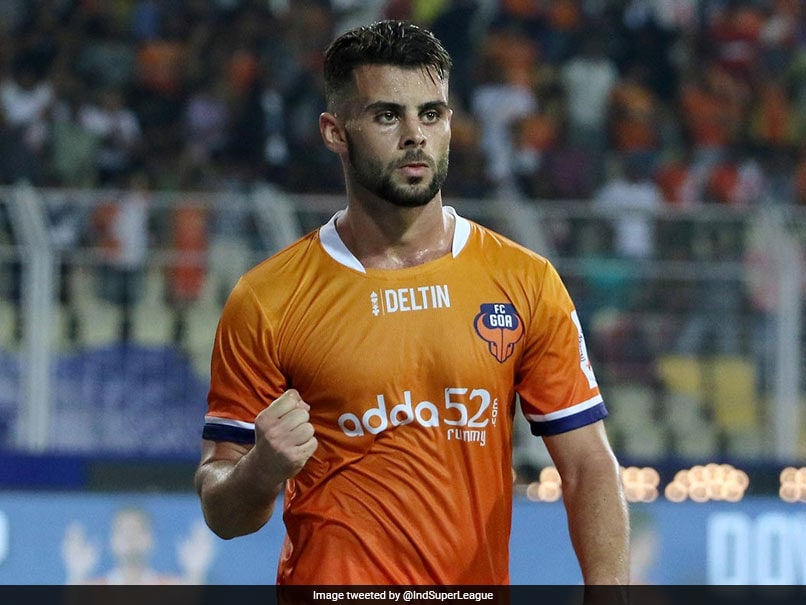 Hugo Boumous inspired FC Goa to a thrilling 3-2 win over Kerala Blasters FC in an action-packed Indian Super League (ISL) encounter at the Jawaharlal Nehru stadium in Margao on Saturday. First-half goals from Boumous (26') and Jackichand Singh (45') saw Goa take a 2-0 lead only for Raphael Messi Bouli (53') and Bartholomew Ogbeche (69') to peg them back. But Boumous managed to grab a winner seven minutes from time to hand Sergio Lobera's team all three points.

The victory sees Goa go two points clear at the top of the table while Kerala remain eighth, with their chances of reaching the play-offs taking a huge beating.

Kerala showed a lot of enterprise in the early exchanges and showed confidence on the ball. However, FC Goa did not take that long to hit their stride with Boumous and Ferran Corominas forcing errors from the Kerala defence.

Kerala continued to threaten from the wide areas, with Bartholomew Ogbeche glancing wide Mohammed Rakip's dangerous cross from the right-wing in the 19th minute.

A few minutes later, Ogbeche had to be alert inside his own box to pull off a goalline clearance from Mourtada Fall's header from a corner.

But in the 26th minute, Goa did have their lead. Kerala defence allowed Mandar Rao Dessai to run on to Brandon Fernandes' ball over the top down the left-wing. The full-back squared the ball for Boumous to tap in at the far post.

Kerala tried to respond to the setback through their wide men but failed to really trouble the Goan defence.

A few minutes before half-time, Goa doubled their lead. Corominas got on a to a loose ball on the edge of the box on the right. He whipped a low cross into the box which was deflected into the far corner by the outstretched boot of Jackichand Singh.

Kerala started the second-half with renewed vigour and pulled a goal back within eight minutes of the restart. Seityasen Singh whipped a ball into Ogbeche on the edge of the box who sent Messi Bouli clear on goal with a deft touch and the Cameroonian finished with aplomb to give the visitors a lifeline.

With confidence surging through their veins, Kerala continued to fashion chances and put Goa under pressure. Messi almost equalised after being sent through on goal again while Jackichand wasted a chance at the other end for Goa.

Kerala's intent, however, was finally rewarded in the 69th minute when Ogbeche was left unmarked during a corner. Cidoncha's delivery was headed in at the far post by the Nigerian to pull Kerala level.

Kerala continued to be on the ascendancy as they sought a winner but it were Goa who managed to find one in the 83rd minute. Ahmed Jahouh picked out Boumous inside the box with a lovely chipped ball and the Moroccan's volley was enough to beat TP Rehenesh in the Kerala goal and spark joyous scenes at the stadium.

Kerala Blasters FC Football
Get the latest updates on India vs South Africa and check out  Schedule, Results and Live Score. Like us on Facebook or follow us on Twitter for more sports updates. You can also download the NDTV Cricket app for Android or iOS.