David de Gea had one huge mistake and an overall underwhelming performance as Manchester United went down 1-3 to Chelsea in the FA Cup semi-final. 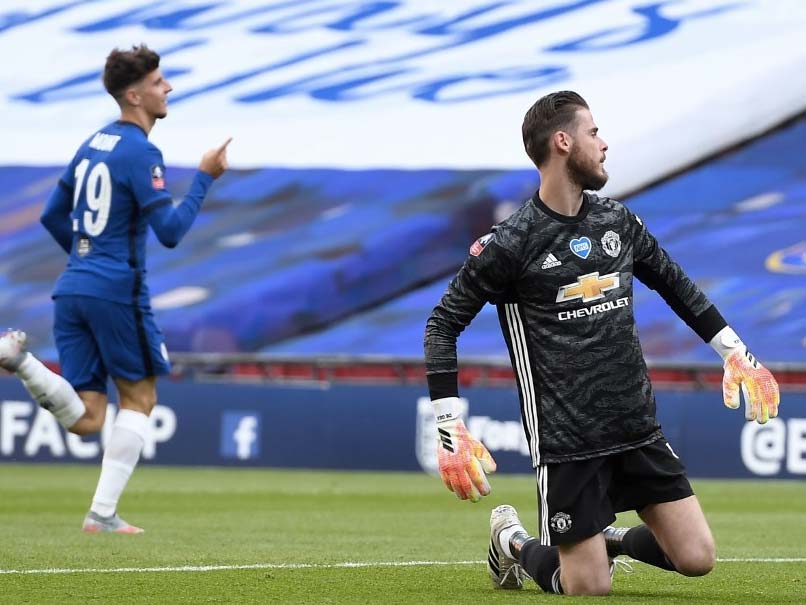 Chelsea outplayed Manchester United for much of the FA Cup semi-final at Wembley on Sunday and ran out 3-1 winners. While Chelsea did dominate possession and the chances in the match, they got a massive helping hand from Manchester United goalkeeper David de Gea, who was in woeful form. Many felt that the Spanish keeper should have done more to stop Olivier Giroud's opener but there was no defending De Gea for Mason Mount's second-half goal. The Chelsea midfielder's strike lacked the power or the precision and should have been a routine stop for any goalkeeper in the world, but, inexplicably, De Gea made a complete hash of things and allowed it to get past him.

De Gea's nightmare helped Chelsea take a 2-0 lead, leaving Manchester United with a mountain to climb in the second half. The Spaniard's blunders became a talking point on social media with Manchester United fans left raging at his performance.

Many even blamed De Gea for the third goal, an own goal by Harry Maguire, where the Spaniard was beaten at his near post.

After the loss, Manchester United manager Ole Gunnar Solskjaer made it clear that De Gea is not guaranteed a starting place.

"He knows he should save that 100 times out of 100 but that's football for you," Solskjaer said.

"I can't speak for David De Gea's confidence but he is mentally very strong. I made the decision to play him and mentally he was ready for it."

Solskjaer did not completely rule out dropping the Spanish star with two crucial games left in Manchester United's bid to reach the top four in the Premier League.

"Obviously, everyone has to perform. Everyone has a chance every time we perform to stake a claim in the team," he said.

"David knows he should have saved the second goal, but that's done now and we have to look forward to Wednesday.

"It's hard for a keeper to make amends. David showed his character in the rest of the game with a few good saves."

Chelsea's win means the FA Cup final on August 1 at Wembley will be an all-London affair with Arsenal getting the better of Manchester City in the other semi-final.

Olivier Giroud Football
Get the latest updates on Fifa Worldcup 2022 and check out  Fifa World Cup Schedule, Stats and Live Cricket Score. Like us on Facebook or follow us on Twitter for more sports updates. You can also download the NDTV Cricket app for Android or iOS.