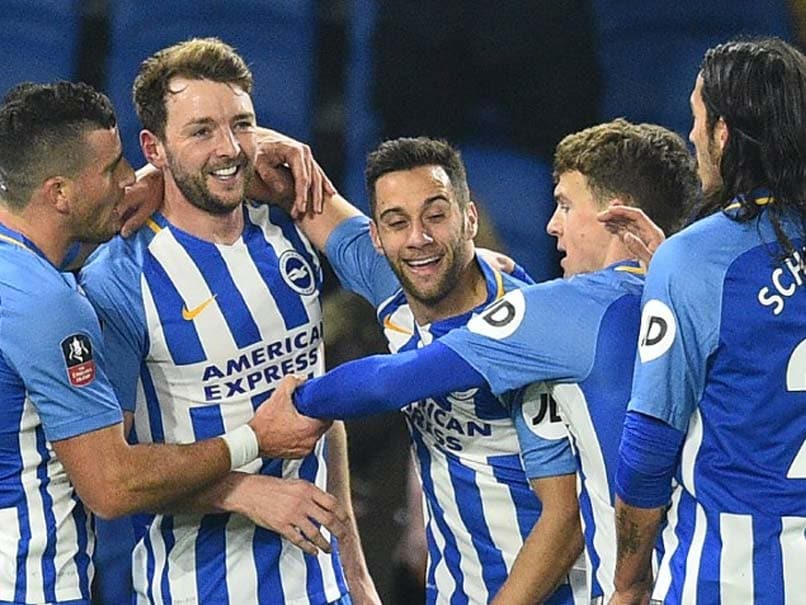 Substitute Glenn Murray grabbed Brighton and Hove Albion a 2-1 FA Cup third-round victory over rivals Crystal Palace on Monday as video technology made its bow in England. It was the first time the Video Assistant Referee (VAR) system had been used in English football for a one-off trial, but was never needed to overturn any decision by referee Andre Marriner at the Amex Stadium.

There was some confusion over the winning goal in the 87th minute, though, as former Palace striker Murray bundled in the winner with his knee following a free-kick to score his seventh goal this term.

Palace players protested to the officials after the game that the ball had touched Murray's arm after his knee, but replays suggested the right decision had been made.

Earlier, midfielder Dale Stephens gave the hosts a 25th-minute lead by rifling a shot through Wayne Hennessey at the Palace goalkeeper's near post.

Mali forward Bakary Sako, making just his fourth start of the season, hammered home a brilliant equaliser for Palace midway through the second period from long range to cap an excellent individual display.

But Murray came off the bench to take Brighton through, and they will travel to Championship side Middlesbrough in the fourth round at the end of January.

Comments
Topics mentioned in this article
Brighton & Hove Albion Crystal Palace Glenn Murray Dale Stephens Football
Get the latest updates on SA vs IND 2021-22, check out the Schedule and Live Score . Like us on Facebook or follow us on Twitter for more sports updates. You can also download the NDTV Cricket app for Android or iOS.