Lee Cattermole struck a spectacular opening goal to put Sunderland ahead after just five minutes but England Under-21 striker Saido Berahino levelled from the penalty spot just prior to half-time before netting his second on 74 minutes. 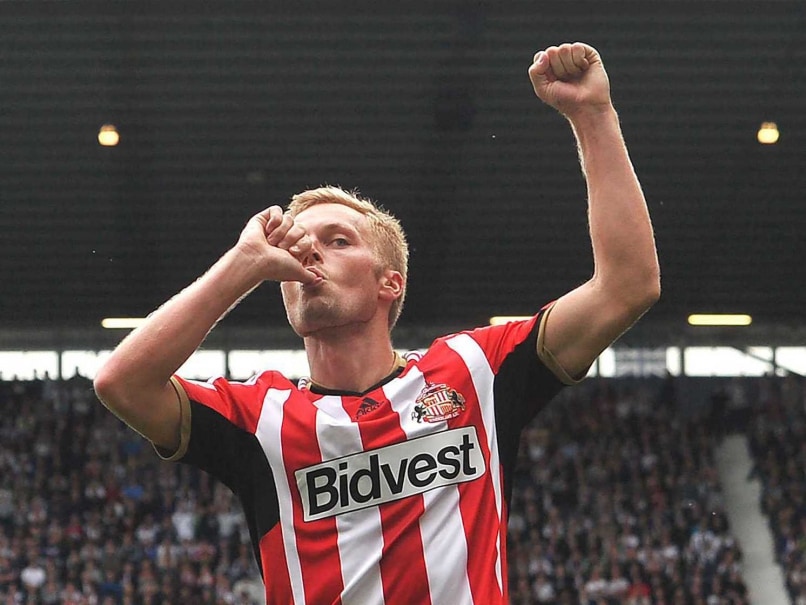 Seb Larsson snatched a late equaliser to earn Sunderland a 2-2 draw with West Brom at the Hawthorns on Saturday to deny Alan Irvine a winning start in his first match as the Baggies' new boss. (Swansea ruin Louis van Gaal's EPL debut)

Lee Cattermole struck a spectacular opening goal to put Sunderland ahead after just five minutes but England Under-21 striker Saido Berahino levelled from the penalty spot just prior to half-time before netting his second on 74 minutes.

However, Larsson slotted home a low cross from Patrick van Aanholt five minutes from time to earn the Black Cats a share of the spoils.

Andre Wisdom, Sebastien Pocognoli and former Sunderland man Craig Gardner were handed debuts by Irvine, who took over from Pepe Mel in the summer, while West Brom's club-record £10million signing Brown Ideye was named among the substitutes.

Sunderland boss Gus Poyet included new arrivals Van Aanholt and Jack Rodwell in his starting line-up but it was a long-time servant in the combative Cattermole who made the early breakthrough for the Black Cats.

A partially cleared cross broke to Cattermole 25 yards out and the Sunderland midfielder rifled in a stunning strike for just his second goal in six seasons with the north-east club.

Berahino and Chris Brunt had the best chances to pull West Brom level before the former did so from the penalty spot on 42 minutes after Victor Anichebe went down under pressure from Valentin Roberge.

Berahino then gave the Baggies the lead 16 minutes from time as he volleyed in a Gardner cross at the far post.

However West Brom, who won a joint-lowest seven matches along with relegated Cardiff last season, were undone just before the end as Larsson arrived in the box unmarked to slide home Van Aanholt's cross and salvage a point for Sunderland.

Comments
Topics mentioned in this article
Sebastian Larsson Sunderland West Bromwich Albion Football
Get the latest updates on ICC T20 Worldcup 2022, check out the Schedule and Live Score. Like us on Facebook or follow us on Twitter for more sports updates. You can also download the NDTV Cricket app for Android or iOS.