Roberto Martinez said that there were no complications with Eden Hazard's surgery and that the Real Madrid star is "not far from running again". 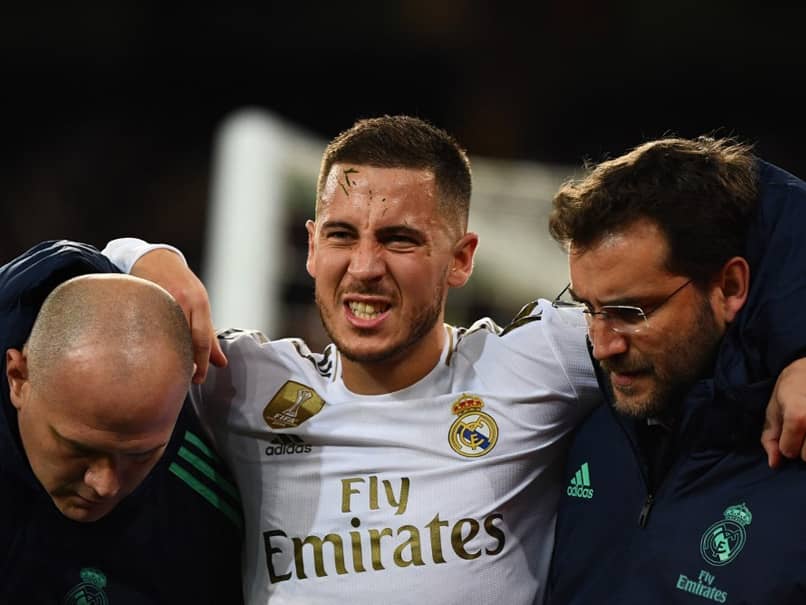 Belgium coach Roberto Martinez has revealed that Real Madrid's Eden Hazard is recovering well from his ankle injury and is not far from running again. "I know he is recovering well. He is not far from running again and there are no complications," Goal.com quoted Martinez as saying. "Everything went well with the operation, but you also hope that everything goes well in the four to five weeks afterwards without complications, and there were none," he added.

Hazard has not been able to make a massive impact during his debut season in La Liga as it was badly disrupted by injuries. He suffered a fractured ankle in February against Levante after which he underwent surgery.

Martinez is also expecting the Belgium international to return stronger.

"We know he will return stronger. We were also fortunate, of course, to have his surgery take place just before the coronavirus outbreak," he said.

"Otherwise he would not be able to travel or be treated outside of Madrid. I have a positive feeling that Eden will be back soon," he added.

Belgium Football
Get the latest updates on India vs Australia Series, check out the India vs Australia Schedule for 2020-21 and Ind vs Aus live score . Like us on Facebook or follow us on Twitter for more sports updates. You can also download the NDTV Cricket app for Android or iOS.