The entire Juventus team and staff were isolating from Saturday, a procedure that does not prevent them from training or playing, but prohibits contact with the outside. 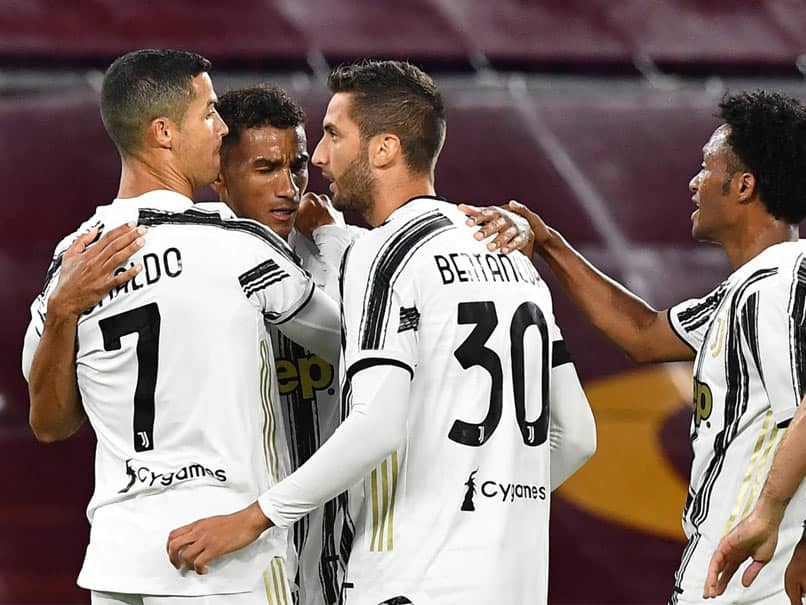 Cristiano Ronaldo celebrates a goal with his Juventus teammates© AFP

Cristiano Ronaldo and other top Juventus players could face legal action for rejoining their national teams despite coronavirus rules after two positive cases at the Italian champions, local health authorities in Turin said on Wednesday. As well as the Portuguese star, several South Americans including Paulo Dybala, Juan Cuadrado, Danilo and Rodrigo Bentancur also left the Juventus team hotel without awaiting test results this week, according to Italian media reports.

"The club itself told us that some players had left the place of isolation and therefore we will notify the competent authority, that is the prosecutor, of what happened," said Roberto Testi, a director of the health authority in the Piedmont region, quoted by the Ansa news agency.

The entire Juventus team and staff were isolating from Saturday, a procedure that does not prevent them from training or playing, but prohibits contact with the outside.

Both virus case at the club were among the team's non-playing staff.

Several other internationals called up to their national sides will be able to leave as soon as they get the all clear, including France's Adrien Rabiot, Italians Giorgio Chiellini and Leonardo Bonucci, Wales' Aaron Ramsey and Poland's Wojciech Szczesny.