Juventus have maximum points after three games in Group H, and host Mourinho's side in Turin next. 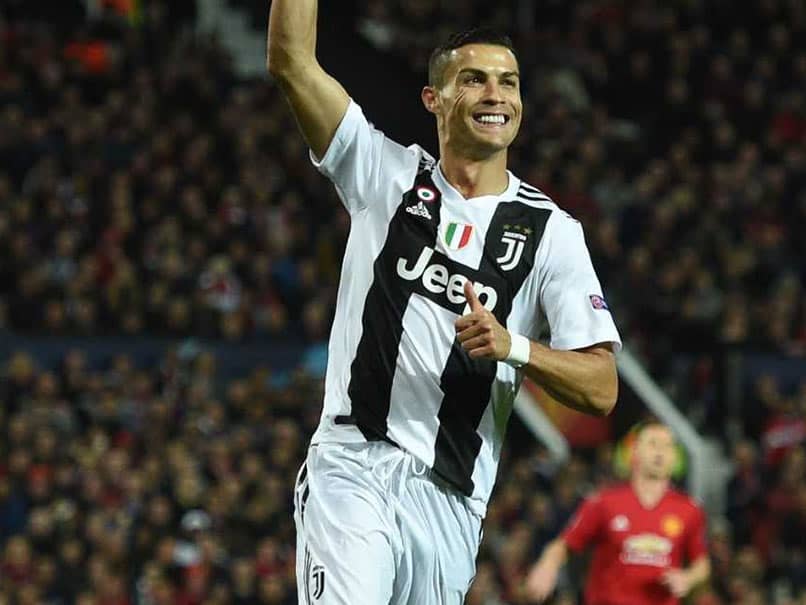 Cristiano Ronaldo was given a rousing welcome at Old Trafford© AFP

Cristiano Ronaldo marked his return to Old Trafford with a victory as Juventus beat Manchester United 1-0 in the Champions League on Tuesday, while under-pressure Real Madrid got back to winning ways. Julen Lopetegui's days as Madrid coach still look numbered despite seeing the reigning European champions beat Viktoria Plzen on a night in which both Bayern Munich and Manchester City won on the road. It is just one win in seven matches now for Jose Mourinho's United after they went down to defeat against an accomplished Juventus, who were worthy victors. After facing uncomfortable questions on the eve of the game over rape allegations made against him in the United States, Ronaldo played his part on the field for Juve back at the ground where he was once idolised. He played a key role in the winner as it was his cross, aimed at Juan Cuadrado, which ended up falling for Paulo Dybala to tuck home in the 17th minute.

Ronaldo also forced a superb save from David de Gea, while Paul Pogba struck the post for United, who drew another blank at home in Europe after a 0-0 draw with Valencia three weeks ago. Juventus have maximum points after three games in Group H, and host Mourinho's side in Turin next.

"I have no complaints with my boys. I have a positive feeling for their effort."

The good news for United is that they remain second in the group after Valencia were held to a 1-1 draw by Young Boys in Switzerland. Michy Batshuayi put the Spaniards ahead, but Guillaume Hoarau's second-half penalty gave Young Boys their first point.

Lopetegui's position in charge of Real remains fragile despite his side claiming a first win in six games by beating Viktoria Plzen 2-1 at the Santiago Bernabeu. Karim Benzema headed Madrid ahead early on, and Marcelo later doubled their lead before Patrik Hrosovsky scored for the Czech champions to set up a nervy finale.

Reports suggest Lopetegui may still not survive in the job until Sunday's Clasico against Barcelona, but the result did at least keep Real level with Roma atop Group G.

"I am convinced I will be," said Lopetegui when asked if he believed he would still be in charge against Barcelona.

Roma eased to a 3-0 win over CSKA Moscow, who had beaten Real in their last outing, with Edin Dzeko scoring a first-half brace before Cengiz Under sealed the points.

That game was overshadowed by reports that around 20 people had been injured -- at least one seriously -- when an escalator leading to a metro station in central Rome collapsed. Italian media said Russian football fans caused the accident.

Pep Guardiola's Manchester City had little trouble against Shakhtar Donetsk, winning 3-0 in Ukraine to atone for a defeat there last season. David Silva and Aymeric Laporte scored before Bernardo Silva sealed the win with a brilliant goal within seconds of coming off the bench in the second half.

After losing at home to Lyon in their Group F opener, City have now won back-to-back games on the road and the result in the night's other match went their way.

Brazilian forward Joelinton's stoppage-time goal earned Hoffenheim a 3-3 draw at home to Lyon, allowing City to lead the group from the French side.

Andrej Kramaric netted twice for Hoffenheim in between strikes from Bertrand Traore and Tanguy Ndombele, but Memphis Depay appeared to have won it for Lyon before Joelinton intervened.

"In Europe, 0-3, we were outstanding," Guardiola told BT Sport. "If we are able to win the next game Shakhtar will be out. After our defeat

in Lyon we were under pressure. I'm very pleased with our performance."

Niko Kovac's team are level atop Group E with Ajax, who defeated Benfica 1-0 thanks to a deflected stoppage-time winner from young full-back Noussair Mazraoui.

Cristiano Ronaldo Paulo Dybala Football
Get the latest updates on India vs Australia Series, check out the India vs Australia Schedule for 2020-21 and Ind vs Aus live score . Like us on Facebook or follow us on Twitter for more sports updates. You can also download the NDTV Cricket app for Android or iOS.