Tottenham said that they have reminded all of their players to respect social distancing when exercising outdoors. 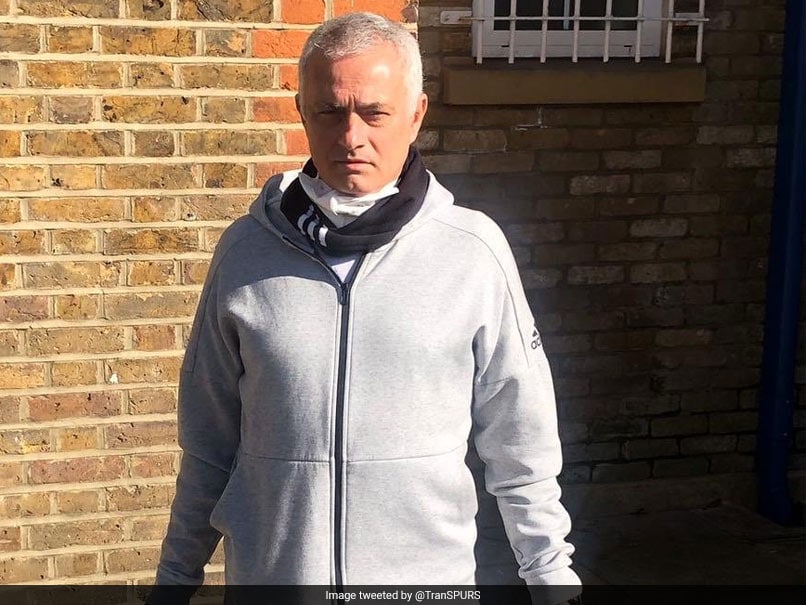 Tottenham Hotspurhave reminded players of their responsibilities during Britain's coronavirus lockdown after pictures and video on social media emerged of manager Jose Mourinho and several members of his squad that appeared to show them flouting social-distancing rules. Portuguese boss Mourinho was pictured training with Tanguy Ndombele on Hadley Common, while Davinson Sanchez and Ryan Sessegnon were seen running side by side in the same public park in north London. Spurs full-back Serge Aurier also posted a video of himself jogging alongside another person on Instagram.

The Premier League has been suspended since mid-March due to the spread of COVID-19.

The outbreak has seen the British government introduce a strict series of measures which, while they allow individuals to go out for a walk or exercise once a day, state they must remain at least two metres apart unless they are with a member of the same household.

"All of our players have been reminded to respect social distancing when exercising outdoors," said a Tottenham spokesperson on Tuesday.

"We shall continue to reinforce this message."

Tottenham had already been criticised during the outbreak for applying to the British government's furlough financial assistance programme for company wage bills last week on the same day it was revealed Spurs chairman Daniel Levy was paid 7 million pounds (USD 8.7 million) last season.

Although Levy is among the Spurs staff members taking a 20 percent pay cut, the north London club have come under pressure to follow European champions and Premier League leaders Liverpool in reversing their decision to use public money to pay employees.

Tottenham Hotspur Football
Get the latest updates on IPL 2021, check out the IPL 2021 Schedule and Indian Premier League Live Score . Like us on Facebook or follow us on Twitter for more sports updates. You can also download the NDTV Cricket app for Android or iOS.