Mohun Bagan have not been able to pay its domestic players last three months' salaries while the foreigners have gone unpaid for two months. 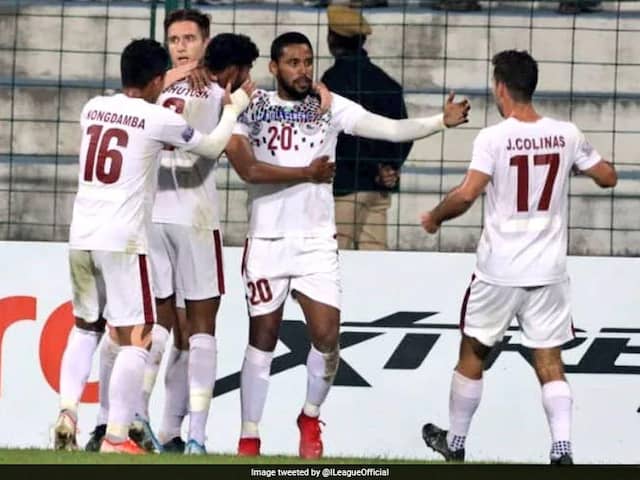 Mohun Bagan players have requested the club to clear all dues or pay at least a month's salary by May 15.© Twitter

Star-studded Mohun Bagan's I-League-winning players have threatened to approach the All India Football Federation if their dues, withheld owing to the COVID-19 pandemic, are not cleared at the earliest. Unable to pay salaries to their players, including foreign recruits, Indian club football heavyweights Mohun Bagan have asked them to wait till the restrictions imposed to tackle the COVID-19 pandemic are lifted. The club has not been able to pay its domestic players last three months' salaries while the foreigners have gone unpaid for two months. The I-League championship incentive, too, is yet to be given.

"We will pay their entire salary, we have asked them to wait as the payments are affected by the lockdown," Mohun Bagan general secretary Srinjoy Bose told PTI.

The club's top official responded after the players wrote to the management, requesting them to clear the dues or pay at least a month's salary by May 15. The players had sought a deadline by which time the officials will clear their dues in full, including performance bonuses, or they will seek the AIFF's intervention.

"We have written to them saying there is cost-cutting across the world. But we are not saying that we would cut their salary too.

"Some of our sponsors based in Mumbai and Delhi have not been able to operate so the salary is affected.

"We just managed to pay one month's salary to the foreigners by borrowing money from another source. All the payments would be cleared once the lockdown is eased."

The pandemic has impacted every sphere of life across the world, including bringing all sporting activities to a grinding halt.

"As for the incentive, we will pay it from the prize money and it will come later only," Bose said.

The nationwide lockdown has also affected Mohun Bagan's merger with ATK, who have acquired a majority stake of 80 per cent in the 131-year-old club. The new merged outfit was slated for a June 1 launch.

"We will have to wait. There has been no development so far and everything is delayed now," he concluded.

Comments
Topics mentioned in this article
Mohun Bagan iLeague Football
Get the latest Cricket news, check out the India cricket schedule, Cricket live score . Like us on Facebook or follow us on Twitter for more sports updates. You can also download the NDTV Cricket app for Android or iOS.