Marouane Fellaini is the first confirmed case in the CSL, dealing a blow to the league's hopes of starting the season as early as next month. 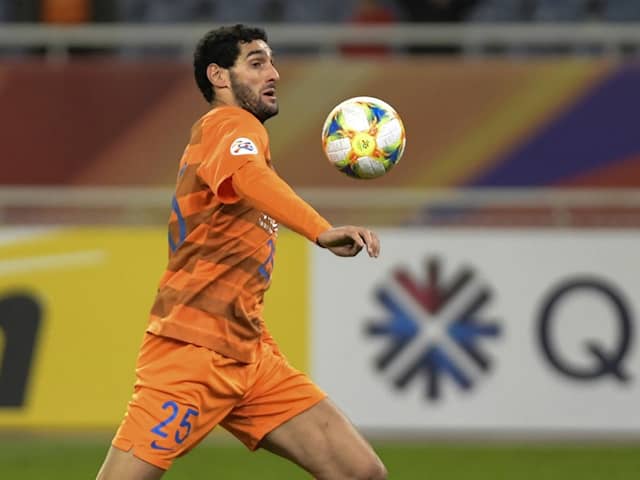 Marouane Fellaini is the latest high-profile name in football to catch coronavirus.© AFP

Footballer Marouane Fellaini has tested positive for the coronavirus, his club Shandong Luneng said Sunday, the former Manchester United player becoming the first known case in the Chinese Super League (CSL). The 32-year-old Belgian international midfielder has a normal temperature and is feeling fine, Shandong said, but "is under observation and having treatment at a designated medical facility".

"The club will do its best... to help in the treatment and recovery of the player."

Fellaini, who had just returned to China, is the latest high-profile name in football to catch the disease, along with Juventus forward Paulo Dybala, Chelsea winger Callum Hudson-Odoi and Arsenal manager Mikel Arteta.

Former Real Madrid president Lorenzo Sanz, who was hospitalised with the coronavirus, died on Saturday at the age of 76.

But Fellaini is the first confirmed case in the CSL, dealing a blow to the league's hopes of starting the season as early as next month.

The campaign was supposed to begin last month but has been indefinitely postponed by the outbreak.

Chinese officials, concerned about a second wave of virus infections from abroad, will be taking a close look at Fellaini's recent travel history to see who he had contact with.

Having flown from Singapore to Shanghai, he reportedly took a high-speed train from there early on Friday to Jinan, the city home to Shandong Luneng.

He was taken by car to a quarantine area and tested for the virus on Saturday, Chinese media said.

Also on Saturday, the Chinese Football Association said that the country's best-known player, forward Wu Lei, had also tested positive for the coronavirus.

Wu, who plays for Spanish strugglers Espanyol, is in self-isolation at home in Barcelona and has only mild symptoms.

The coronavirus emerged in the central Chinese city of Wuhan in December and has since spread across the world and become a pandemic, killing 13,000 people and infecting more than 300,000.

Marouane Fellaini Football
Get the latest Cricket news, check out the India cricket schedule, Cricket live score . Like us on Facebook or follow us on Twitter for more sports updates. You can also download the NDTV Cricket app for Android or iOS.