On Friday, ahead of Chile's 1-0 victory over Bolivia in Cuiaba, senior players Arturo Vidal and Gary Medel published photographs on social media of them receiving haircuts from a local barber, seemingly in their hotel rooms. 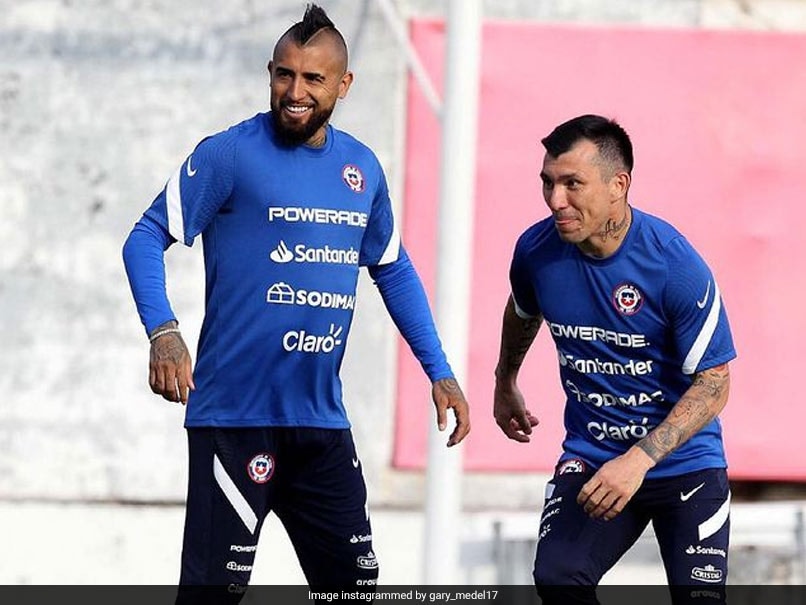 Arturo Vidal and Gary Medel had published photographs on social media of them receiving haircuts.© Instagram

Chile's football federation admitted on Sunday that it broke Copa America health bubble rules by bringing a local hairdresser into their Brazilian hotel. On Friday, ahead of Chile's 1-0 victory over Bolivia in Cuiaba, senior players Arturo Vidal and Gary Medel published photographs on social media of them receiving haircuts from a local barber, seemingly in their hotel rooms. Chile's federation said in a statement published on social media that it "acknowledges the delegation's breach of the health bubble with the unauthorized entry of a hairdresser who, although testing negative (for Covid-19), should not have been in contact with the players."

The federation said the players involved would be fined.

The team delegations taking part in the Copa America in Brazil are required to stay in a health bubble to minimize their chances of contracting the novel coronavirus.

The Copa America is taking place amidst the coronavirus pandemic in a country that on Saturday surpassed half a million Covid deaths.

Despite opposition from politicians and thousands of ordinary citizens, Brazil agreed at the 11th hour to host the world's oldest international tournament after South American football's governing body CONMEBOL stripped previous co-hosts Argentina and Colombia of the right due to the pandemic situation in their countries.

The tournament had already been delayed by a year due to the pandemic and many players and coaches even spoke out against it going ahead before the tournament began.

Chile said all members of its delegation took and passed coronavirus tests on Saturday.

Vidal had contracted Covid-19 earlier this month and was forced to sit out a World Cup qualifier as he received hospital treatment.

He is under investigation by Santiago's health secretary for allegedly having broken special health protocols put in place for sportsmen.

Chile Arturo Vidal Gary Medel Football
Get the latest updates on T20 World Cup, check out the T20 World Cup Schedule and Live Score . Like us on Facebook or follow us on Twitter for more sports updates. You can also download the NDTV Cricket app for Android or iOS.