Coronavirus has indefinitely postponed the Chinese Super League (CSL) season but it has given the national team time to bond under coach Li Tie. 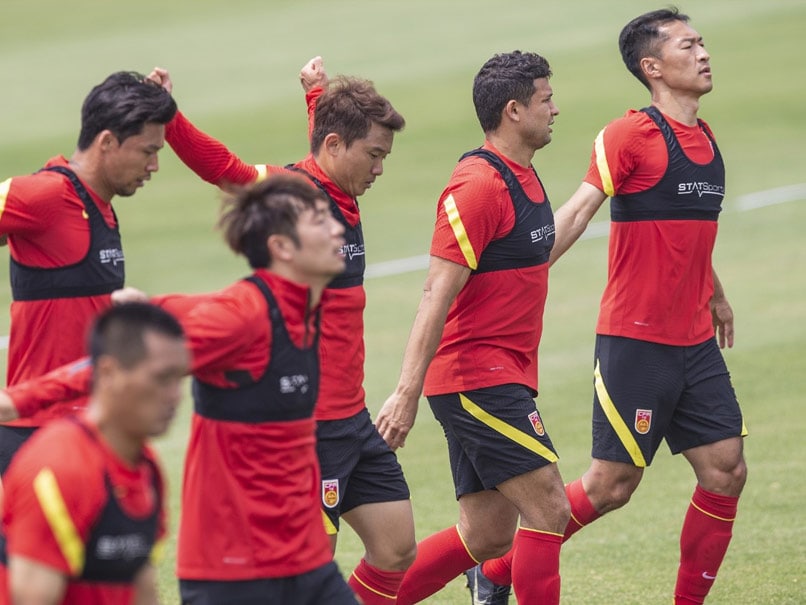 China are approaching the end of a two-week training camp in Shanghai.© AFP

Coronavirus has indefinitely postponed the Chinese Super League(CSL) season but it has given the national team time to bond under coach Li Tie, the side's goalkeeper Yan Junling said on Monday. China are approaching the end of a two-week training camp in Shanghai and on Tuesday will face CSL side Shanghai Shenhua behind closed doors, having defeated former champions Shanghai SIPG 4-1 in another warm-up match. The CSL is on hold because of the coronavirus pandemicbut the national side have been together on and off for several weeks this year, both at home and abroad.

"I think actually for our team, because of the epidemic, we've had a longer time to train together and become more familiar with each other," said Shanghai SIPG stopper Yan.

"We can also get to fully understand what the coach wants and in fact the team has become more united."

They are second in their qualifying group, with only the top team guaranteed to reach the next stage on the road to Qatar 2022.

China's next qualifier, against the Maldives, has been postponed because of the pandemic but could now take place this autumn.

The players emerged from their team bus wearing face masks on Monday before former Everton midfielder Li put them through their paces in humid conditions -- minus masks.

Yan said that Li, who took over from Marcello Lippi when the Italian World Cup-winning coach quit following defeat to Syria in November, has made clear that the friendlies against SIPG and Shenhua are essential to their preparations.

"One of the requirements that the head coach has been saying is that we have to take this training and these two games as getting in rhythm for the World Cup qualifiers," said the 29-year-old Yan.

"There is no way out for us -- we must win these two games."

Li has named three naturalised players in his squad, the first time that has happened in Chinese football history.

They are London-born midfielder Nico Yennaris and Brazilian-born strikers Elkeson and Aloisio.

China hopes they can boost a team that has reached the World Cup only once, in 2002, and sits 76th in the FIFA rankings, sandwiched between Bolivia and Uganda.

Comments
Topics mentioned in this article
China PR Football
Get the latest updates on ICC Women's Cricket World Cup 2022 and IPL 2022, check out the Schedule , Live Score and IPL Points Table. Like us on Facebook or follow us on Twitter for more sports updates. You can also download the NDTV Cricket app for Android or iOS.