Zinedine Zidane has backed Real Madrid to turn things around in the Champions League when they face Barcelona on Saturday. 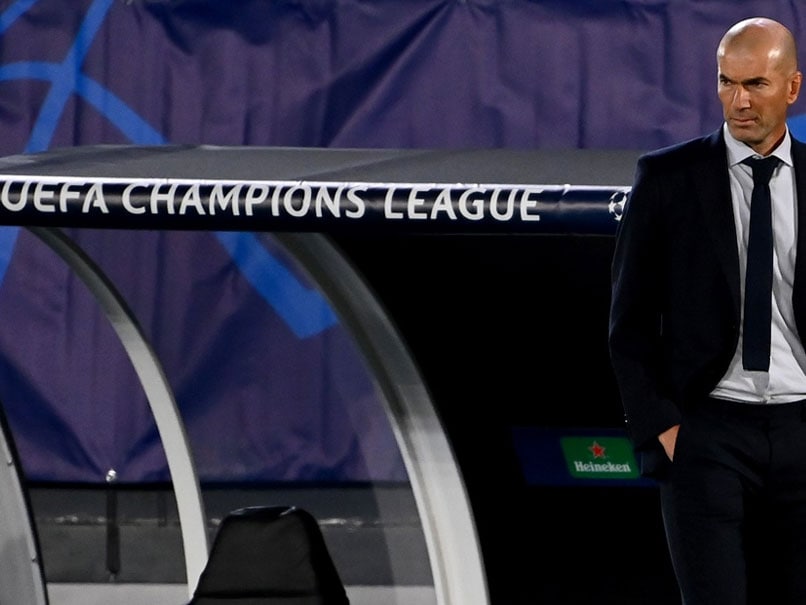 Zinedine Zidane said Sergio Ramos will be available to play against Barcelona on Saturday.© AFP

Zinedine Zidane says he has the full support of Real Madrid president Florentino Perez and has called on his players to turn their season around by beating Barcelona on Saturday. Madrid and their coach head to Camp Nou under pressure after consecutive defeats to Cadiz in La Liga and Shakhtar Donetsk in the Champions League. Asked on Friday if he still feels the backing of the club and president, Zidane said: "Yes, from everyone. I have won many things with these players and I will always be with them to the death. I will always be with them.

"But we have to change our momentum, we have had two difficult games, and that's what this is all about. There are always bad moments but there are those teams in those moments that show their character and quality. We have to do that tomorrow."

Zidane said Sergio Ramos will be available to face Barcelona after recovering from the knee injury that kept him out of the loss to Shakhtar on Wednesday.

"Sergio is our captain, our leader," said Zidane. "He's recovered, he's going to be with us. It's about being one hundred percent though and I think that Sergio is already there."

Barcelona are also coming into the Clasico on the back of a loss in the league, although they responded to the 1-0 defeat by Getafe last weekend by winning 5-1 at home to Ferencvaros on Tuesday in the Champions League.

"In theory, both teams are under a lot of pressure," said Ronald Koeman, who will be taking charge of his first Clasico as Barcelona coach.

"Maybe in the last couple of weeks Madrid haven't been at their level but this doesn't mean that they are a bad team.

"They are a big team, with experienced players, who know how to cope with the pressure, and they will want more than anyone to win this match after their two defeats."

"I don't expect a vulnerable Madrid, I expect the opposite," Koeman added.

There are doubts over Antoine Griezmann, who stayed on the bench for Barca's victory in midweek.

It was not clear whether the Frenchman had been dropped or rested. "He has a chance to play," said Koeman. "But it's not good to discuss his role for every game."

Jordi Alba has been included in the squad after recovering from a hamstring injury but it is to be seen if the left-back is deemed ready to start.

"Always the last word is with the player," said Koeman. "If there's no reaction he has a good chance of playing tomorrow."

Real Madrid Football Zinedine Zidane
Get the latest updates on IPL Auction 2023 and check out  IPL 2023 and Live Cricket Score. Like us on Facebook or follow us on Twitter for more sports updates. You can also download the NDTV Cricket app for Android or iOS.