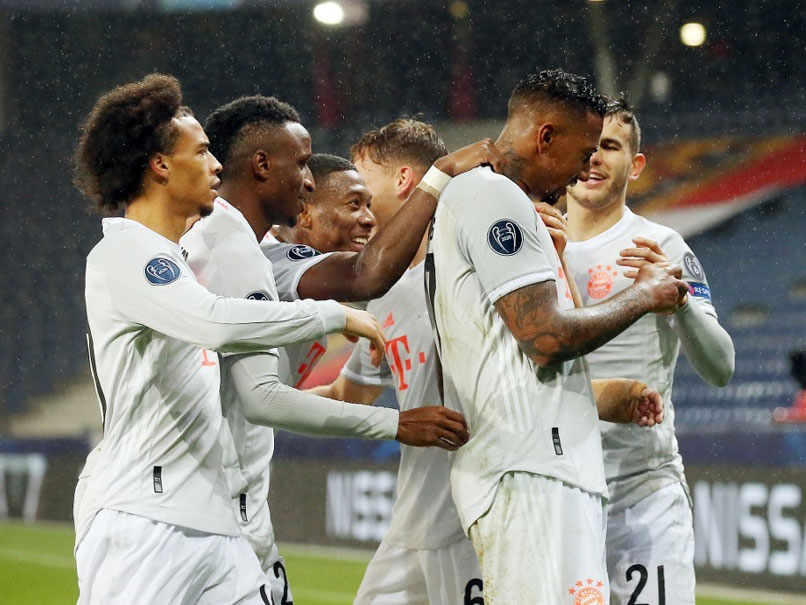 "We had good and bad phases, especially in the second half, but in the end we got the win we deserved.

"We never give up - that's what sets us apart."

Sane later admitted "we had a harder time than the result suggests".

Mergim Berisha gave Salzburg an early lead, but Lewandowski, last season's top-scorer in the tournament, scored his first Champions League goal of the season before Salzburg defender Rasmus Kristensen headed into his own net just before the break.

Salzburg deservedly drew level midway through the second half when Japan midfielder Masaya Okugawa scored with his second touch after coming off the bench before Bayern roared back.

There was a minute's silence before kick-off in Salzburg to pay respect to the victims of Monday's terror attack in Vienna.

For the first time in more than a year, Bayern conceded the first goal in a Champions League match with just four minutes gone.

Berisha fired past Manuel Neuer after Sekou Koita's shot from outside the box took a deflection.

In pouring rain, Bayern knuckled down and looked to have won a penalty on 12 minutes when Hernandez went down in the area.

However, with Lewandowski waiting, VAR awarded a free-kick against Hernandez.

Some great footwork by Thomas Mueller on the edge of the area dazzled Salzburg winger Enock Mwepu, who clipped the Bayern forward's ankle.

Lewandowski stepped up to slot home the resulting spot-kick on 21 minutes.

Bayern took the lead just before half-time when Mueller put in a delivery across the face of goal and Kristensen watched in horror as his attempted clearing header flew into his own net.

The hosts kept plugging away and when Lewandowski lost possession in his own half midway through the second period, Salzburg counter-attacked quickly before Okugawa fired home an equaliser.

Bayern had a penalty appeal turned down moments later, as Serge Gnabry was booked for diving after the faintest of touches from Salzburg defender Maximilian Woeber.

The scene was set for Boateng to grab his first Champions League goal since April 2015 when he headed into the far corner to put Bayern 3-2 ahead.

The dam burst as Sane slotted home with seven minutes remaining, before Lewandowski headed his second from a Javi Martinez cross in the 88th minute.

Hernandez smashed in a sixth goal in injury time to round off a devastating closing spell from the defending champions.