Atletico Madrid's French striker Antoine Griezmann ran rings around a leaky Galatasaray defence with two goals in a devastating seven-minute spell to settle the game in the first half. 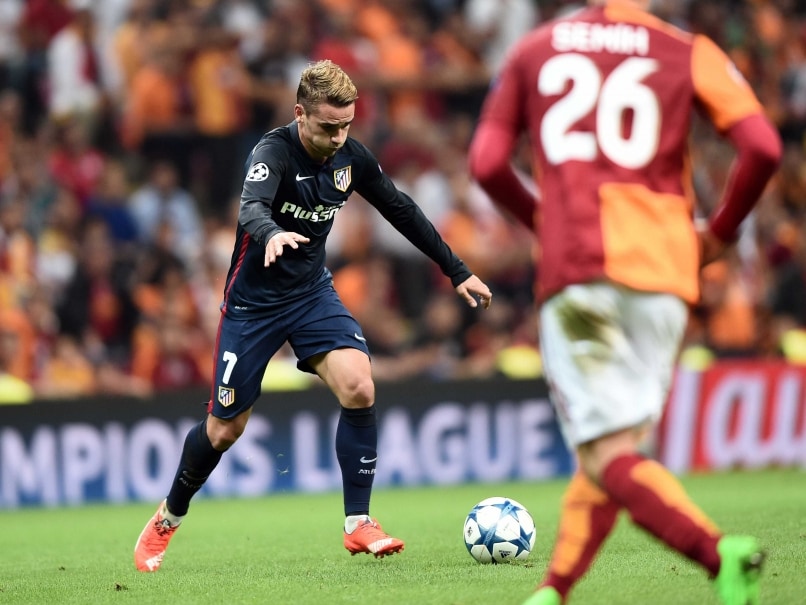 French international Antoine Griezmann ran rings around a leaky Galatasaray defence with two goals in a devastating seven-minute spell to settle the game in the first half.

Despite an improvement by Galatasaray in the second half, the tie demonstrated the sheer gulf in class between last season's La Liga third placed side and the Turkish Super Lig champions. (Angel Di Maria, Edinson Cavani Strike as Paris Saint-Germain See Off Malmo)

Atletico coach Diego Simeone could afford to leave plenty of firepower on the bench, including former Liverpool and Chelsea striker Fernando Torres, who was brought on after 60 minutes.

French international Griezmann stunned the traditionally boisterous Istanbul crowd into silence with a goal in the 18th minute, slamming the ball past Fernando Muslera after finding himself unmarked in the box.

Griezmann broke Turkish hearts with another goal just seven minutes later, latching onto a headed pass from Diego Godin with a spectacular high shot that beat the flailing Muslera.

In an indication of the bleak mood on a muggy night at the Turk Telekom Arena, Galatasaray coach Hamza Hamzaoglu substituted midfielder Emre Colak after he was whistled by his own fans. (Man United Suffer Defeat, Luke Shaw Fractures Leg)

Dutch international Wesley Sneijder gave the hosts some excitement with a tricky long range bouncing effort close to the half hour mark, but Jan Oblak made no mistake in the Atletico goal.

With Galatasaray starting to find some rhythm, Belgian Jason Denayer, a new loan acquisition from Manchester City, went close with a header that whizzed by the post.

After half time, the Turkish side's ex-Arsenal forward Lukas Podolski horribly miscued a delicate cross from Denayer, burying his head in his hands in shame.

Podolski and Galatasaray's abject night was summed up a few minutes later when instead of making contact with a Sneijder cross, the German tripped and face-planted himself into the turf.

Atletico eased down the tempo in the second half and, despite plenty of possession, Galatasaray never found the final penetrating touches to challenge Oblak's goal.

Unmarked yet again, Griezmann ran through for a hat trick chance just before full time but was foiled by a superb reflex save from Muslera.

Galatasaray were seeking to put behind them their pitiful form so far this season in the Turkish Super Lig which has seen the Lions win just one of their first four games.

While Galatasaray can boast of four successive Champions League appearances, their performance in the 2014/2015 edition was an embarrassment, taking just a single point from the group stage.

Atletico, runners-up in 2013/2014, will be looking to do better than last season when they were narrowly beaten in the quarter finals by city rivals Real Madrid.

Comments
Topics mentioned in this article
Atletico Madrid Galatasaray Antoine Griezmann Football
Get the latest updates on India vs England Series, India vs England , live score and IPL 2021 Auction . Like us on Facebook or follow us on Twitter for more sports updates. You can also download the NDTV Cricket app for Android or iOS.