Borussia Dortmund, after their loss on Saturday, are seven points adrift of Eintracht Frankfurt and the Champions League qualification places with just seven games to go. 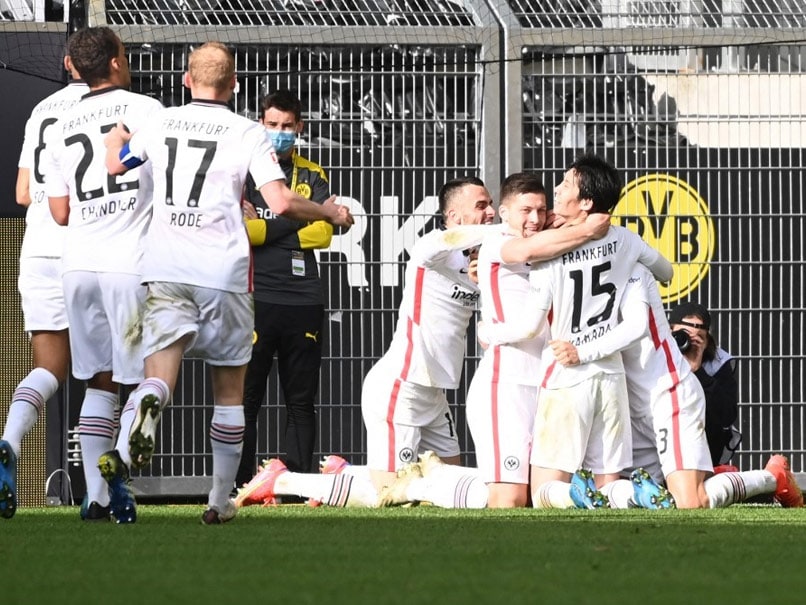 Borussia Dortmunddefender Mats Hummels said his club are facing a "catastrophe" after a 2-1 Bundesliga home defeat to rivals Eintracht Frankfurt left their Champions League hopes hanging by a thread on Saturday. A late winner from Portuguese striker Andre Silva means Dortmund are seven points adrift of Frankfurt and the Champions League qualification places with just seven games to go.  "Realistically, it's going to be very difficult to finish in the top four, even if we get six or seven more wins," Hummels told Sky after his side slumped to a 10th defeat of the season.

He said that missing the top four would be disastrous for Dortmund, who face a fight to hold on to coveted key players such as Erling Braut Haaland and Jadon Sancho in the next transfer window.

"Not qualifying for the Champions League would obviously be a sporting and financial catastrophe, and we are close to that now," said Hummels.

Frankfurt took the lead through a freakish own goal on 11 minutes,  as Nico Schulz sent a looping header into his own net after a cross from Filip Kostic.

Kevin Trapp denied Haaland with a smart save ten minutes later before Hummels hooked the ball in at a corner to level the scores on the stroke of half time.

Frankfurt's Stefan Ilsanker had a headed goal ruled out for offside just after the hour-mark, but the guests restored the lead on the counter-attack in the dying minutes, Silva heading in from close range after another Kostic cross.

Frankfurt are four points off third-place Wolfsburg, who beat Cologne 1-0 thanks to a second-half goal from Josip Brekalo.

Dortmund are level on points with Bayer Leverkusen, who eased to a 2-1 win over bottom club Schalke in their first game under new coach Hannes Wolf.

Lucas Alario opened the scoring with a one-touch finish in the first half, before Patrik Schick came off the bench to secure the three points after the break.

Dutch veteran Klaas-Jan Huntelaar grabbed a consolation goal nine minutes from time, scoring for the first time since his surprise return to Schalke in January.

In the relegation fight, Mainz' recent revival was halted by a 1-1 draw at home to fellow strugglers Arminia Bielefeld.

Bielefeld's Andreas Voglsammer struck 15 minutes from time to cancel out Daniel Brosinski's penalty and keep second-from-bottom Bielefeld within a point of safety.

Eintracht Frankfurt Andre Silva Football
Get the latest updates on ICC T20 Worldcup 2022 and CWG 2022 check out the Schedule, Live Score and Medals Tally. Like us on Facebook or follow us on Twitter for more sports updates. You can also download the NDTV Cricket app for Android or iOS.