"As a coach, there is no question that the fans are a missing factor," Hansi Flick said ahead of Bayern Munich's match against Borussia Dortmund. 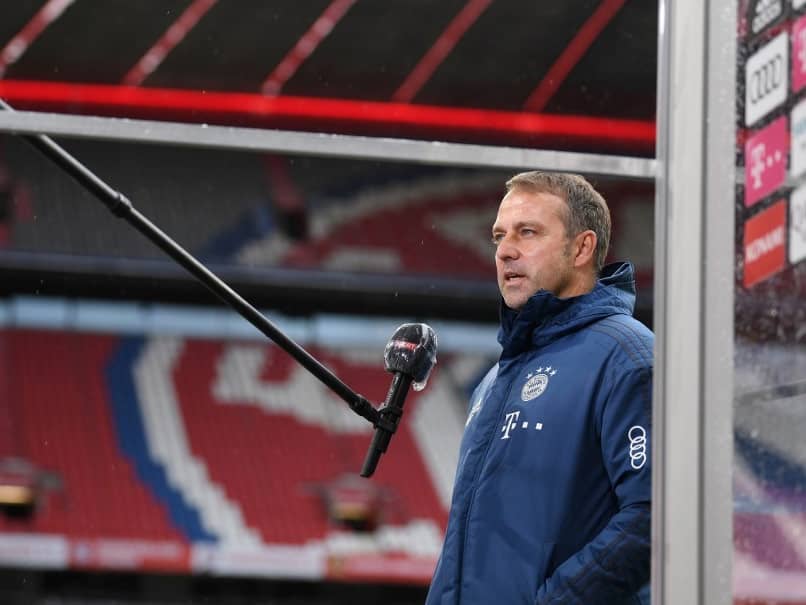 Bayern Munich head coach Hansi Flick says the absence of spectators for Tuesday's top-of-the-table Bundesliga clash at Borussia Dortmund will be a "missing factor". Reigning champions Bayern thrashed second-placed Dortmund 4-0 last November in front of 75,000 fans at the Allianz Arena. But the teams will meet again in Dortmund with the stands at Signal Iduna Park -- usually packed with 82,000 people -- empty after the Bundesliga became the first top European league to return, behind closed doors, following the coronavirus lockdown.

"It is a very special game," Flick said on Monday, with Bayern heading to Dortmund with a four-point lead.

"As a coach, there is no question that the fans are a missing factor."

Ten of the 18 league games since the restart have been won by the away team.

"The atmosphere can inspire any team. It is about how you can cope (without the support)," Flick added.

"You have to accept the current situation and can't look for an excuse."

Bayern have restarted were they left off in March, following up a 2-0 win at Union Berlin with a 5-2 hammering of Eintracht Frankfurt on Saturday.

But Flick thinks Tuesday's clash will be a completely different test compared to their victory over Dortmund at the Allianz Arena last year.

"The conditions are very different compared to the first game," he said.

"We've also had a good run and every player is a little bit more motivated."

Flick confirmed that midfielder Thiago Alcantara will miss out with injury, but Leon Goretzka will deputise again having impressed against Eintracht.

Jerome Boateng is fit to play after shaking off a knock and is set to partner David Alaba at centre-back.

That would mean no place in the starting line-up for Bayern's record signing Lucas Hernandez, who cost 80 million euros ($87 million) and is back after an ankle injury.

Bayern München Football
Get the latest updates on India vs Australia Series, check out the India vs Australia Schedule for 2020-21 and Ind vs Aus live score . Like us on Facebook or follow us on Twitter for more sports updates. You can also download the NDTV Cricket app for Android or iOS.