Roger Schmidt extended his contract one year ahead of schedule by putting pen-to-paper on a new deal on Thursday. 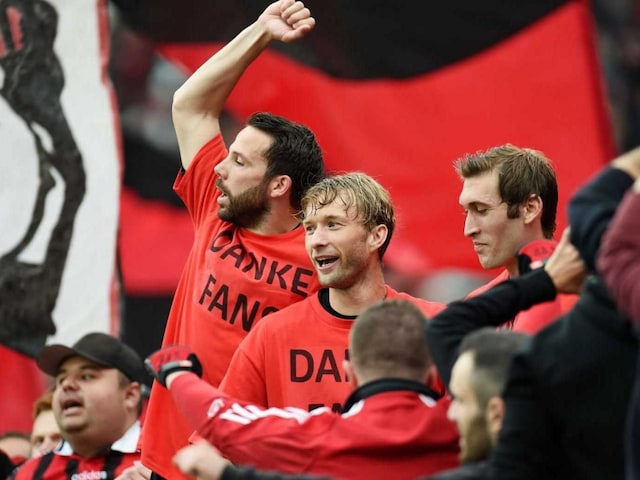 Schmidt extended his contract one year ahead of schedule by putting pen-to-paper on a new deal on Thursday, reports Xinhua.

"Roger Schmidt has fulfilled our sportive hopes and expectations in the first year of cooperation. Our style of play bears his signature and finds a great recognition nationally and internationally," Leverkusen chief executive Michael Schade said.

The 48-year-old coach joined Bayer Leverkusen from Austrian side Salzburg in April 2014 by inking a two-year deal. Under his guidance, Leverkusen finished in top-four to ensure a Champions League playoff spot.

"In the course of this first year it became quickly clear to me that Bayer Leverkusen is the club were I want to work for a longer period. We are still at the beginning of our development. We have a young team with great potential and a great team spirit. I am looking forward to the coming years," Schmidt said.

Leverkusen sit in fourth place of the Bundesliga standings. They face 11th placed Frankfurt at the last round of the season.

Comments
Topics mentioned in this article
Bayer Leverkusen Football
Get the latest Cricket news, check out the India cricket schedule, Cricket live score . Like us on Facebook or follow us on Twitter for more sports updates. You can also download the NDTV Cricket app for Android or iOS.