Baichung Bhutia became India's first footballer to be inducted into the Asian Football Confederation Hall of Fame. Bhutia rose from a Sikkimese hamlet to become a successful soccer superstar. 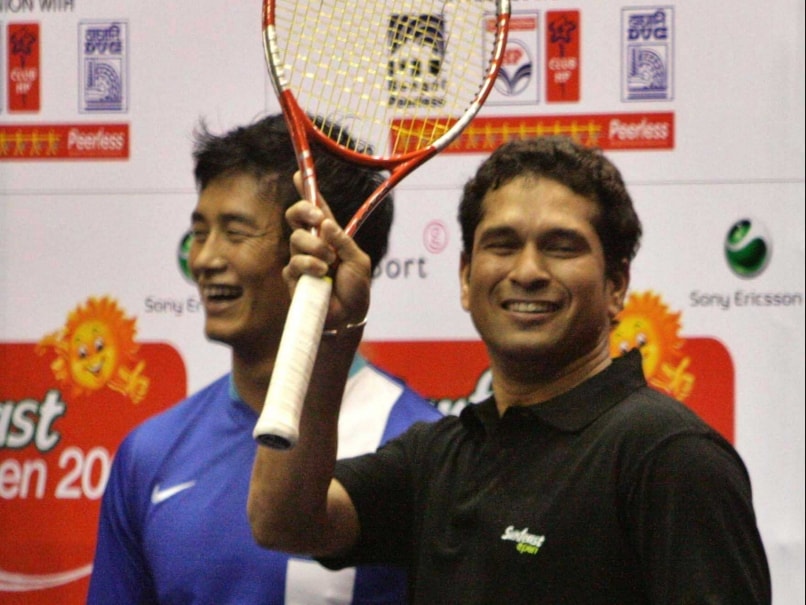 In a glittering ceremony in Manila on Sunday, Baichung Bhutia became the first Indian to enter the Asian Football Confederation's inaugural Hall of Fame. Bhutia joined the legendary Ali Daei (Iran), Sami Al Jaber (Saudi Arabia) and Harry Kewell (Australia) in an exclusive list of 10 Asian superstars who mesmerized fans with their soccer skills. Ali Daei is a national team coach, Sami Al Jaber is director of a Saudi football club but 37-year-old Bhutia doesn't want to spend his life in India's soccer fields. He sees a future in politics, media and if the All India Football Federation is serious enough, some work in football development in states and districts. Excerpts from an exclusive chat with sports.ndtv.com in Manila.

SB: What does the AFC Hall of Fame recognition mean to you?

BB: While it is a recognition for my contribution to Indian football, it is an indication that AFC can't afford to ignore India in spite of our poor FIFA ranking (currently at a lowly 170). I see this as a great boost for every Indian youngster who is struggling to make a career out of football. It should also inspire coaches as well.

Q: Many delegates attending the AFC 60th anniversary celebrations in Manila were keen to know more about the Indian Super League than the I-League. That's not a good sign.

A: ISL has made an impressive start. It has brought the fans back to the stadium. There is money and glamour. You need this to popularize the game. Having said that, I-League remains our backbone. ISL teams can tie-up with I-League teams. There can be a healthy mix. The foreign players like Del Piero, Nicolas Anelka and David Trezequet have helped popularize ISL. Our boys can become better.

Q: The national federation seems to be ruled by its commercial partner, IMG-Reliance. How will national players come up if a tournament like ISL pales the I-League into insignificance?

A: The focus should be on under-15 and under-17s. Forget the senior team now. Let's aim for the 2017 U-17 World Cup in India. The sooner the federation realizes this, the better. No commercial partner is here to do charity. I can't see any realistic path for development. Want to see all states take an active part in nurturing kids. The federation has to play its role. (ISL Teams Must Also Play I-League: Baichung's Formula to Rescue Indian Football)

Q: You had a Sikkim football team in I-League Division 2. What happened to it?

A: Yes, United Sikkim was a team of young talents from our state. But it is impossible to run this venture from my own pocket. The state was nice to give us a ground to train, but how does the team travel all over the country? It is impossible to self-finance a team. Even big clubs with sponsors are struggling.

Q: Has the national federation utilised your services?

A: I am the chairman of a committee. But not much has happened. If the federation is serious, I will be happy to play an active role. Let's see how it goes.

Q: You must have chalked out your future.

A: Yes. I believe there is a life in politics and I am already doing a lot of media work. I am keen to develop football but need the federation to be serious and active. I am not keen on coaching because the system is unfair to our Indian coaches.

Q: Is politics your cup of tea? Your joining Trinamool Congress came as a surprise. You were quite close to CPM.

A: Politics is a dirty thing and India need good people in the Assemblies and Parliament. I will like to see celebrities like Sachin Tendulkar and Shah Rukh Khan in active politics. They can really make a difference. We need the laws to change people's lives and that can only happen through politics. It doesn't matter which party you stand for. A mixture of popularity, honesty and vision can help. Both Sachin and Shah Rukh have these. 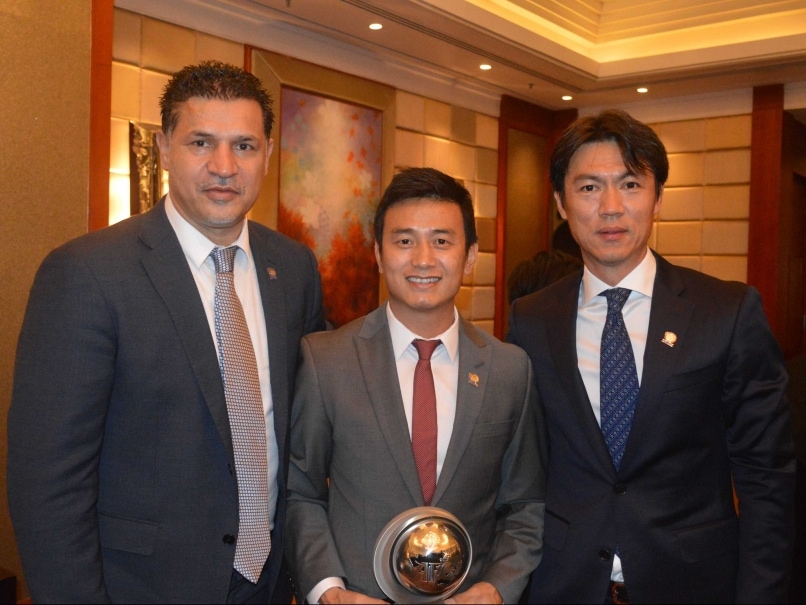 Q: Trinamool Congress is allegedly mired in scams and controversies. Do you regret joining this party?

A: Scams and controversies are part and parcel of every party. Joining Trinamool was a correct decision. Mamata Banerjee's vision is positive and she is clean at heart. As I said, there are bad people in all parties. At the end of the day, people will elect people who can deliver. Party is a platform.

Q: Asking a rookie like you to contest the Lok Sabha elections this year from Darjeeling seemed a poor decision. Do you think it was a setback?

A: I don't think so. If Mamatadi wants me to contest an election tomorrow, I will stand for TMC. Darjeeling was always going to be a difficult seat. So losing didn't come as a surprise. It was baptism by fire I would reckon. My football life started in a similar way. In 1993, I left my family and ventured out to make a career out of football. It was unthinkable to become a professional footballer in the Nineties. It took me almost a decade to establish myself and another 10 to be successful. Politics is long race and I will learn the ropes.

Q: In a career spanning two decades, what are the turning points of your career?

A: There are many, but the decision to leave Sikkim and join East Bengal in 1993 was surely a bold step. Then the conversion from a mid-fielder to a proper striker in 1995 was the real turning point. I will thank India's Uzbek coach Rustam Akramov for making me play as a striker. If he didn't have language problems, Akramov could have been India's best foreign coach.

Q: There were so many twists and turns during your career. Your love-hate relationship with Syed Nayeemuddin, the legal tug-o-war between Mohun Bagan and East Bengal over you in 2009-2010 season, your views on Dalai Lama, your political aspirations...why don't your write an autobiography?

A: I haven't thought of writing one. It's no use writing a bland book. An autobiography should not be like reading match reports. One must talk about major issues, the inside stories and the likes. It's no point writing an autobiography that is politically correct and safe.

Comments
Topics mentioned in this article
Football Sachin Ramesh Tendulkar
Get the latest updates on IPL 2021, check out the IPL 2021 Schedule and Indian Premier League Live Score . Like us on Facebook or follow us on Twitter for more sports updates. You can also download the NDTV Cricket app for Android or iOS.