Sunil Chettri was the last footballer to win the Arjuna Award in 2011. 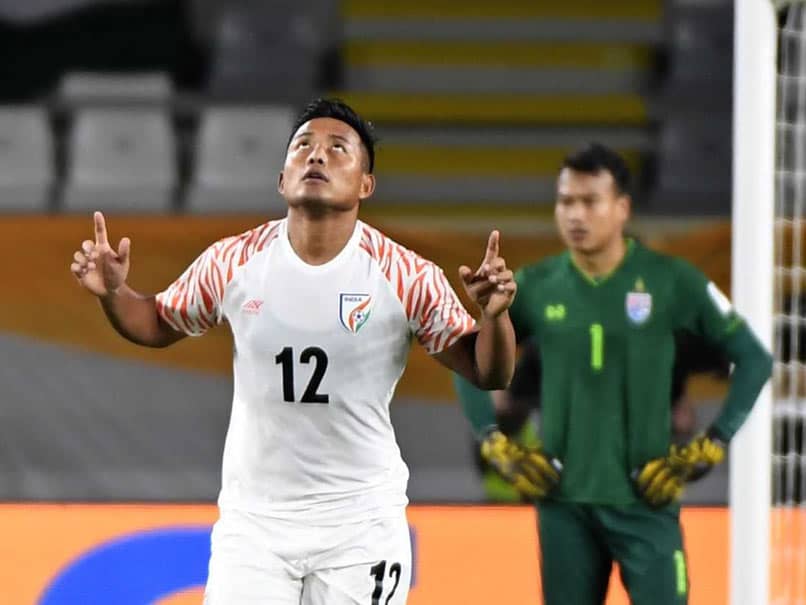 Jeje Lalpekhlua has been prolific with his attacking skills.© AFP

National football team stars Gurpreet Singh Sandhu and Jeje Lalpekhlua have been recommended for the Arjuna award by the football's national governing body. The two Indian footballers have been recommended for the prestigious award after talismanic Sunil Chettri last won it in 2011. Sandhu has been the first-choice goalkeeper for India sidelining veteran Subrata Pal and young talents Amrinder Singh, Albino Gomes. Forward Lalpekhlua, fondly known as 'mizo sniper' has been prolific with his attacking and assist skills, which has helped him cement his position in the wings for the national team.

In 2017, the AIFF recommended the two footballers along with then Indian women's team captain Bembem Devi but only the last named was conferred with the award.

Sandhu and Jeje's names were sent again last year but they did not receive the approval.

Both Sandhu and Jeje are the national team's longest serving footballers after Sunil Chhetri, who have received both Arjuna and Padma Shri.

Sandhu is the only second footballer (the other being Sunil Chhetri) in India to play the Asian Cup final rounds twice in 2011 and 2019.

The current Indian Super League (ISL) holders Bengaluru FC goalkeeper Sandhu had previously played for Norwegian side Stabaek. He holds the unique record of becoming the first Indian footballer to play a competitive match in a European top division league when he was fielded by his club in the away encounter against IK Start in 2016.

Jeje was inducted in the national team by then coach Bob Houghton in 2011, the 28-year-old from Mizoram has 23 international goals to his credit. He currently plays for Chennaiyin FC in the ISL.

India Jeje Lalpekhlua Gurpreet Singh Football
Get the latest updates on IPL 2020, check out the IPL Schedule for 2020 and Indian Premier League (IPL) Cricket live score . Like us on Facebook or follow us on Twitter for more sports updates. You can also download the NDTV Cricket app for Android or iOS.