Antoine Griezmann's 120 million-euro transfer was contested by Atletico Madrid, who insisted Barcelona should have paid a higher price for the World Cup-winning French striker. 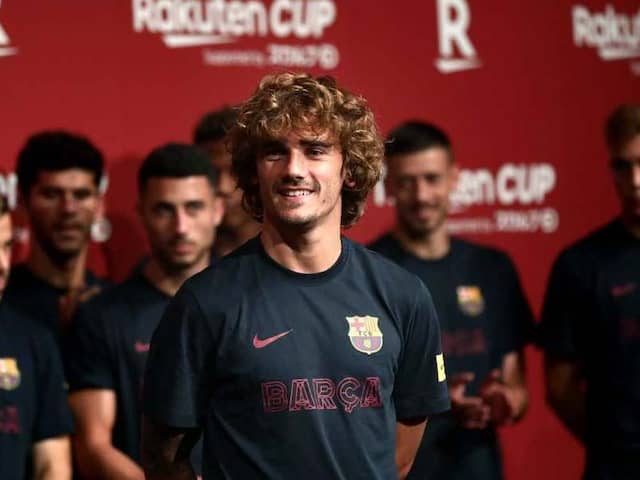 Antoine Griezmann said he couldn't wait to make his Barcelona debut and that his heart was with the team.© AFP

Antoine Griezmann on Monday said he couldn't wait to make his Barcelona debut and that his heart was with the team as he tries to move on from a sour exit from Spanish rivals Atletico Madrid. Antoine Griezmann's 120 million euros (USD 135 million) transfer was contested by Atletico Madrid, who insisted Barcelona should have paid a higher price for the World Cup-winning French striker. But he told media in Tokyo: "I am very happy about the outcome of my transfer. I am very eager to play as soon as possible."

"I wish Atletico players all the best of luck. I am focused on giving my all so that Barca will deliver good results," he said in Spanish through a translator.

Barcelona's offer triggered Griezmann's release clause but Atletico said the Catalan club negotiated the deal before the buy-out price dropped from 200 million euros at the start of July.

Atletico are reportedly planning to take their case to FIFA.

Griezmann voiced his appreciation for his time at Atletico and his strong relationship with their coach, Diego Simeone.

But the Frenchman said he was now committed to Barca.

"I am focused on fitting in among the Barcelona players. My heart is here with them," he said.

The Spanish giants will play a friendly against Chelsea on Tuesday, and on Saturday they face Japan's Vissel Kobe, who feature ex-Barca players Andres Iniesta, David Villa and Sergi Samper.

Antoine Griezmann Football
Get the latest Cricket news, check out the India cricket schedule, Cricket live score . Like us on Facebook or follow us on Twitter for more sports updates. You can also download the NDTV Cricket app for Android or iOS.