Alvaro Morata Returns To Juventus On Loan From Atletico Madrid 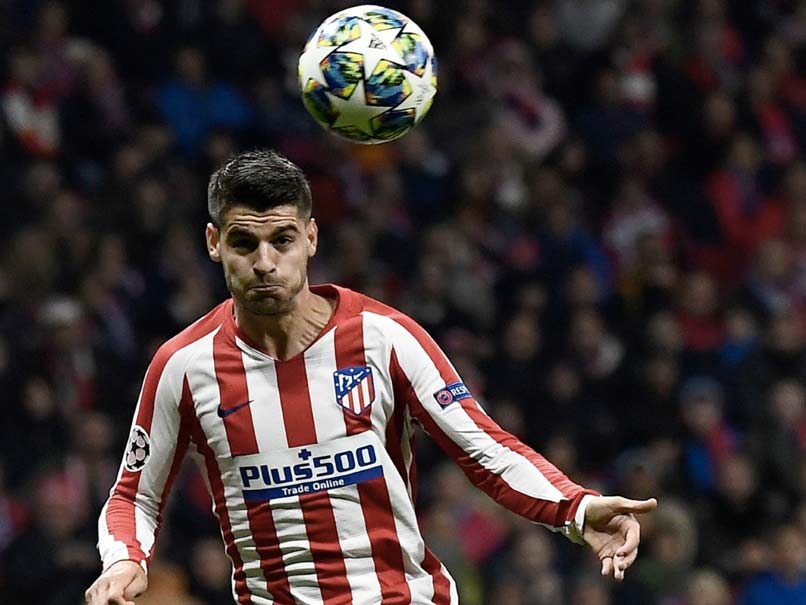 Spanish striker Alvaro Morata on Tuesday returned to Juventus on loan from Atletico Madrid, the Turin club announced. The much-travelled Morata, who is 27, played for Juventus from 2014-2016, scoring 27 goals in 93 appearances. He graduated through the youth system at Real Madridand had two stints at the club either side of his first spell at Juventus. He also had a spell at Chelsea before joining Atletico, initially on loan. He has joined Juventus on a season-long loan, which will cost 10 million euros (11.7 million dollars), the club said.

"There's nothing more exciting than a homecoming and the return of Alvaro Morata to Turin is a beautiful one at that!" said Juventus.

After Gonzalo Higuain left for Miami last week, Juve's new coach, Andrea Pirlo, needed a solid centre-forward. The club was linked to Barcelona's Luis Suarez and Roma's Edin Dzeko but Morata, who played with Pirlo in his first spell at club, has arrived instead.

Spanish media immediately speculated that Morata's departure could clear the way for Atletico to recruit Suarez.

Morata scored in both legs in the 2015 Champions League semi-finals as Juventus beat one of his former clubs, Real Madrid, 3-2 on aggregate.

He then scored a second-half equaliser in the final before goals by Suarez and Neymar gave Barcelona a 3-1 victory.

His last goal for Juventus was the winner in the 2016 Copa Italia final against AC Milan, when he came off the bench 18 minutes into extra time and scored two minutes later.

Juventus Álvaro Morata Football Cricket
Get the latest updates on T20 World Cup, check out the T20 World Cup Schedule and Live Score . Like us on Facebook or follow us on Twitter for more sports updates. You can also download the NDTV Cricket app for Android or iOS.