The final scoreline may yet be a rather tardy overall reflection of East Bengal's performance but the late strikes will help the team fight harder in front of home fans in the second-leg scheduled for October 22. 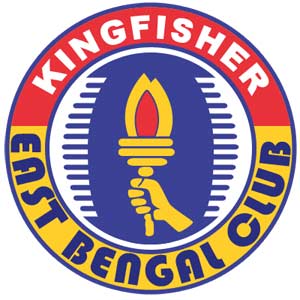 Hosts Kuwait SC dominated for most part of their first of two semifinal clashes - a performance earning them a comfortable 4-2 win against East Bengal at the Al Kuwait Sports Club Stadium. With a lead of 3-0 going into break, Kuwait scored one and gave two away to seal an otherwise solid result in front of home fans.

The hosts may not have had a rousing support in their own stadium but the pockets of fans were treated to excellent attacking football by their team. The East Bengal defence was under pressure from the start with the crack appearing in the 17th minute. Issam Jemma tricked his way past the defensive cordon to receive a long pass and slam it past the goal-keeper. The same crack widened in the 31st and 33rd when the lead was cemented with forceful intensity.

Not enjoying majority of the possession also hurt East Bengal's chances with most of the play in their own half, especially in the first half.

Start to the second was not auspicious for the visitors either with Chedi Hammami (48') adding to the woes and capitalising on a blunder by East Bengal goalkeeper Gurpreet Singh Sandhu - he gifted a cross to the striker by mistake.

There was a sudden change in fortunes for East Bengal however when Uga Opkara (66') headed a corner while substitute Seminlen Doungel crafted a wonderful play to make it 2-4 in the 88th minute.

The final scoreline may yet be a rather tardy overall reflection of East Bengal's performance but the late strikes will help the team fight harder in front of home fans in the second-leg.