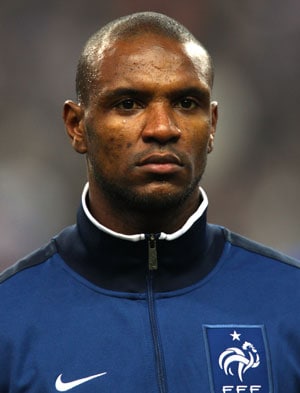 The 31-year-old French international underwent the three hour operation on Thursday at a Barcelona hospital. Neither the club nor the hospital have provided details about the kind of tumour Abidal has.

"As far as we know, the operation went very well and Abidal is developing well. We must thank the doctors for their good work and hope people respect the privacy that his family has asked for," Guardiola told a news conference.

Barcelona said Thursday that Abidal, who joined the club from Lyon in 2007 on a five-year deal, could be discharged from hospital in a week "depending on how he evolves".

The club's sporting director Andoni Zubizarreta said the player is not expected to play again this season and probably return to the pitch in August, the online editions of sports newspaper as reported.

A prolonged absence by Abidal will be a blow for Barcelona, who are in the final straight of another magnificent season, but Guardiola said "sports issues are secondary, what really matters is the person".

"Abidal is a very likable man and has been with us for some time. We will try to be positive about the situation and hope it has the minimum possible effect," he added.

Barcelona are five points ahead of nearest rivals Real Madrid in La Liga with 10 games left. They have also qualified for the final of the Spanish Cup and are still in the race for a fourth Champions League triumph.

Abidal, capped 52 times for his country, has come a long way this season since the fiasco of France's 2010 World Cup campaign in South Africa.

Supported by Guardiola, he has re-emerged strongly with Barcelona, with performances that convinced France coach Laurent Blanc to recall him to the squad, on the left side of the defence.

Comments
Topics mentioned in this article
Football Lionel Messi Barcelona Eric Abidal
Get the latest updates on ICC T20 Worldcup 2022 and CWG 2022 check out the Schedule, Live Score and Medals Tally. Like us on Facebook or follow us on Twitter for more sports updates. You can also download the NDTV Cricket app for Android or iOS.