The 1-0 victory over Argentina at the Maracana that gave Germany their fourth title and made them the first European team to win the championship on South American soil completed a circle for Loew that began in 2004, when he became Juergen Klinsmann's assistant. 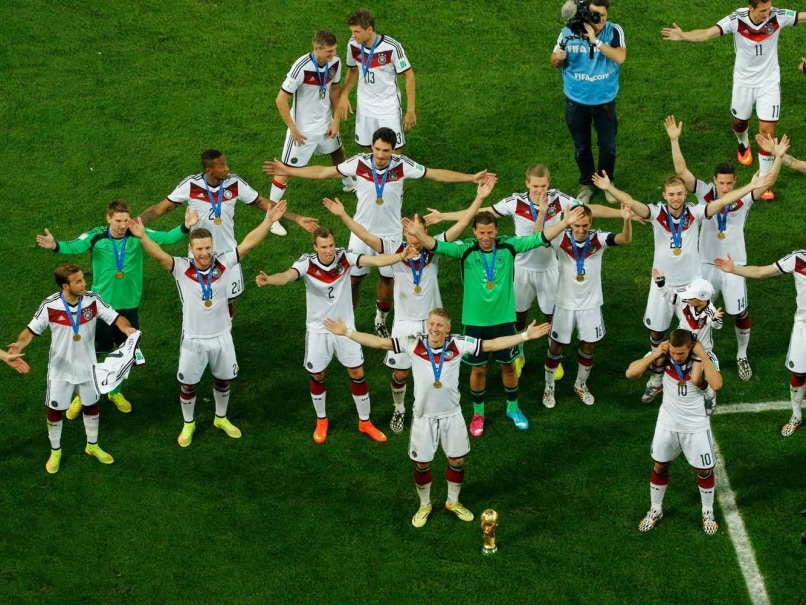 The World Cup title for Joachim Loew and his "golden generation" crowned a process that was 10 years in the making. With a talented crop of new players coming through, the future looks bright for Germany. (World champions Germany return home to huge fan party)

The 1-0 victory over Argentina at the Maracana that gave Germany their fourth title and made them the first European team to win the championship on South American soil completed a circle for Loew that began in 2004, when he became Juergen Klinsmann's assistant. (Mario Gotze: Super Sub, Super Striker, Super Model Girlfriend)

The two friends began plotting how to bring the title back to Germany and rejuvenated the team, creating an attacking, entertaining style that pleased the eye and promised success. (Brazil declares victory in hosting FIFA World Cup 2014)

Germany fell short at home in 2006, finishing third, and Klinsmann stepped down to leave Loew in charge. Loew's team reached the final of Euro 2008, finished third again at the 2010 World Cup and was a semifinalist at Euro 2012.  (Joachim Loew hails German Wonder-Boy Mario Goetze)

With doubts growing whether Loew's Germany could ever become a champion, the team pulled off the historic run in Brazil, including a stunning 7-1 victory over the host in the semifinal. (Confident Germany had printed World Cup stamps before final)

"It was time," Loew said after the final. "It's the product of many years of work. And it's something for eternity."

A meticulous planner who leaves little to chance, Loew made risky decisions that turned out right.

He gave key midfielder Bastian Schweinsteiger time to slowly nurse himself back into the team after a series of injuries and Schweinsteiger was one of the heroes of the final.

Loew reshuffled the defense when needed and returned his only true striker, Miroslav Klose, to the starting line-up.

"The coach has really deserved the title," Schweinsteiger said. "He managed to keep all players happy and that's incredible, to his credit. He really had the entire team behind him."

Forward Thomas Mueller, who led the team with five goals, said he was pleased for Loew.

"I am happy for the coach, because he was always in the final or semifinal in recent years," Mueller said.

"We knew from day one that he has good vision and a very good feeling about whom and how to play," Kroos said. "He knew exactly what he was doing and had confidence in us."

As Germany return home to celebrate the title with thousands of fans in Berlin, Loew might be contemplating his future. His contract runs through Euro 2018 and he has indicated he intends to stay on.

"We've been working for years on our own style. This title will be a shot in the arm for the future. We have players who are still very young and not many players over 30," Loew said.

"As for Klose, you never know, you can expect anything from him," Loew said of the 36-year-old striker. Klose has been noncommittal on his future.

Mario Goetze, who scored the match winner in the final with superb control and technique, is 22 and at the start of a promising career. Marco Reus and Ilkay Gundogan missed the tournament with injuries but will be back.

Kroos, Mesut Ozil, Andre Schuerrle and Sami Khedira are all young, while Schweinsteiger and captain Philipp Lahm are still 30 or younger despite being in the team for 10 years or more.

"We have young players who can still achieve something in their careers," Loew said.

Comments
Topics mentioned in this article
FIFA World Cup 2014 Germany Football
Get the latest updates on IPL Auction 2023 and check out  IPL 2023 and Live Cricket Score. Like us on Facebook or follow us on Twitter for more sports updates. You can also download the NDTV Cricket app for Android or iOS.