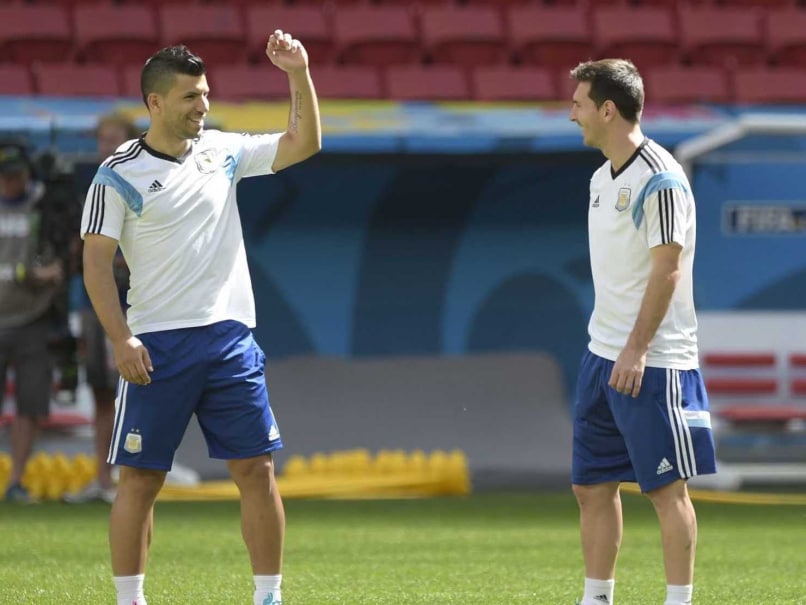 Argentina striker Sergio Aguero was ruled out of his sides last-16 clash vs Switzerland.© AFP
Brasilia:

Striker Sergio Aguero gave Argentina a boost on the eve of their World Cup quarter-final against Belgium by training alongside his team-mates in Brasilia on Friday.

The Manchester City striker had been considered a serious doubt for Saturday's game after a muscular problem ruled him out of his side's 1-0 victory over Switzerland in the last 16.

However, he took part in the warm-up and also did some ball work at Brasilia's Mane Garrincha National Stadium on Friday afternoon, in the part of the training session that was open to the media. (Related: Will extreme dependence on Messi hurt Argentina?)

"We'll see how he responds today (Friday) and then see if he's able to be a member of the 23 on the bench." (Read: Why Maradona's heart is bleeding for Messi)

Sabella already knows that he must do without left-back Marcos Rojo due to suspension. Jose Maria Basanta from Mexican side Monterrey is in line to step in.

Comments
Topics mentioned in this article
Sergio Aguero Lionel Messi Argentina Belgium FIFA World Cup 2014 Football
Get the latest updates on ICC Women's Cricket World Cup 2022 and IPL 2022, check out the Schedule , Live Score and IPL Points Table. Like us on Facebook or follow us on Twitter for more sports updates. You can also download the NDTV Cricket app for Android or iOS.