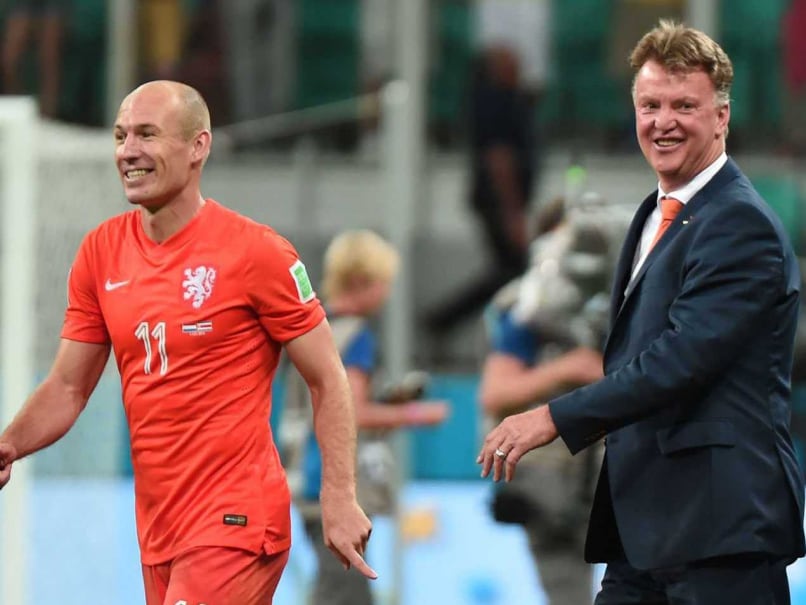 Louis van Gaal's tactical masterstroke got them out of a sticky situation again in the quarter-final on Saturday but the Netherlands will know they cannot continue relying on their coach to conjure up tricks if they are to go further at the World Cup. (Van Gaal Hailed by Press for 'Master Stroke')

Van Gaal's reputation as a meticulous tactician was enhanced when he substituted his goalkeeper and Tim Krul went on to make two penalty shootout saves and take the Dutch past Costa Rica in a dramatic finish to their goalless draw.

It continued a sequence of key changes that have influenced the outcome of matches in the Dutch team's favour.

Van Gaal brought on 20-year-old Memphis Depay to score the winner against Australia and Leroy Fer broke the deadlock with his first touch in their last group game against Chile.

Then Klaas-Jan Huntelaar made one goal and scored the next after coming on for the last 10 minutes when the Netherlands snatched a late last-16 win over Mexico.

But neither Costa Rica nor Mexico were expected to provide as much resistance as they did and both games highlighted the deficiencies in 'Laranja Mecanica' (Clockwork Orange) as the Dutch have become known in Brazil.

If they are to beat Argentina in Wednesday's semi-final in Sao Paulo, there are several areas where Van Gaal's side need much improvement and where the 62-year-old Manchester United-bound coach will have to wave his magic wand.

The absence of injured hard man Nigel de Jong makes the midfield lightweight. Fer has also been injured and Jonathan de Guzman dropped in favour of Georginio Wijnaldum, who lacks an imposing presence.

One option for Van Gaal is to switch Daley Blind to the middle but that means he will lose out on much-needed penetration down the left wing.

Saturday's switch of tactics to a three-man attack did not work, by Van Gaal's own admission, because of a poor performance by Depay, who was indecisive on the ball and gave possession away too easily.

It left the Netherlands relying almost solely on inspiration from Arjen Robben and Wesley Sneijder, who struck the woodwork twice.

Robben told reporters on Saturday he was in the form of his life.

"I'm amazed, I've not been tired at all," he said of his World Cup experience, while Sneijder's fitness has brought rich praise from his coach.

But with Argentina displaying strong defensive qualities and a battling midfield in their quarter-final win over Belgium, the Dutch need to find more options and a better balance if they are to reach a second successive World Cup final.

Comments
Topics mentioned in this article
FIFA World Cup 2014 Netherlands Football
Get the latest updates on ICC Women's Cricket World Cup 2022 and IPL 2022, check out the Schedule , Live Score and IPL Points Table. Like us on Facebook or follow us on Twitter for more sports updates. You can also download the NDTV Cricket app for Android or iOS.