Germany stormed into the finals of FIFA World Cup 2014 by thrashing Brazil 7-1. Diego Maradona however says Argentina is capable of thwarting the Germans despite their momentum. 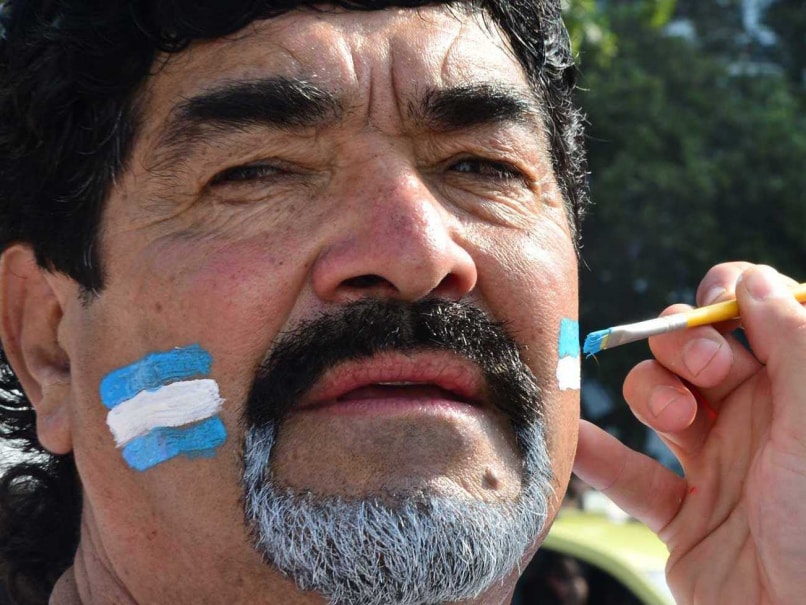 A Diego Maradona lookalike paints his face to show his support for Argentina.© AFP
Buenos Aires:

Former Argentine footballer Diego Maradona said Germany are not "impossible" to beat in the upcoming final match of the 2014 Brazil FIFA World Cup.

"Germany is not impossible (to beat)," a media source cited Maradona as saying.

Maradona, who is in Brazil as a football commentator, was the national team coach at the 2010 South Africa World Cup, when Argentina lost 0-4 to Germany in the quarter-finals.

In their last match, the Germans devastated Brazil 7-1 in Tuesday's semi-final at Belo Horizonte's Mineirao Stadium.

In Argentina's last match, at Sao Paulo's Corinthians Arena Wednesday, the South American team played the Netherlands in a 0-0 draw in extra time, then defeated the Europeans in a penalty shootout that ended 4-2.

Comments
Topics mentioned in this article
Diego Maradona Argentina Germany FIFA World Cup 2014 Football
Get the latest updates on ICC Women's Cricket World Cup 2022 and IPL 2022, check out the Schedule , Live Score and IPL Points Table. Like us on Facebook or follow us on Twitter for more sports updates. You can also download the NDTV Cricket app for Android or iOS.