Brazil strikers Fred and Neymar engaged in some light-hearted tomfoolery by pretending to bite teammates Marcelo and Dani Alves in training. 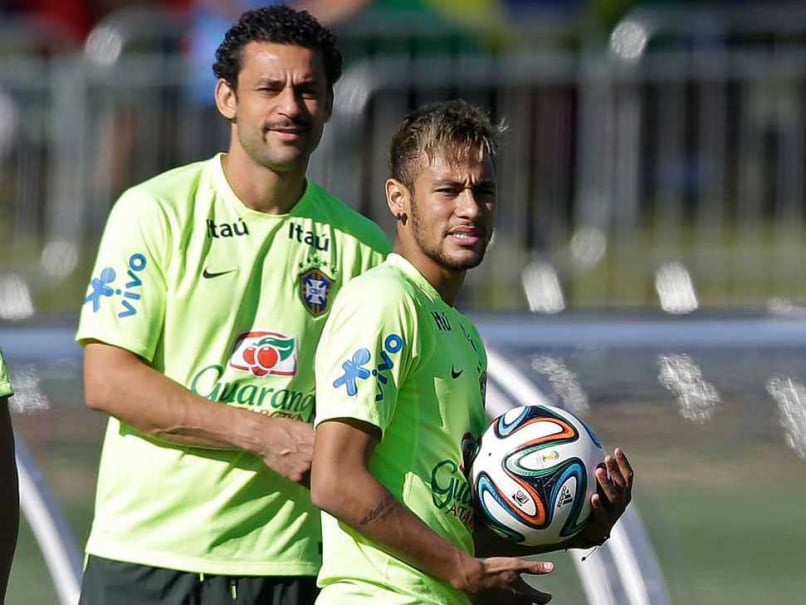 Fred and Neymar engaged in some light-hearted tomfoolery a day after Luis Suarez caused a storm by appearing to bite Italy's Giorgio Chiellini in the shoulder.© AP
Teresopolis:

Brazil strikers Fred and Neymar jokingly took a leaf out of Luis Suarez's book on Wednesday by pretending to bite Marcelo and Dani Alves in training.

The pair engaged in some light-hearted tomfoolery a day after Uruguay forward Suarez caused a storm by appearing to bite Italy's Giorgio Chiellini in the shoulder.

Suarez was Wednesday waiting to see what kind of punishment FIFA would slap on him for his misdemeanor.

But the Brazilians could afford to see the funny side as they prepared for Saturday's second-round match against Chile.

FIFA has launched an investigation into the Liverpool star.

"I saw what happened -- everyone saw it," said Brazilian midfielder Willian.

"But it's not for me or the team to pass judgment. We have to stay concentrated on the job in hand and not get distracted by peripheral stuff."

Comments
Topics mentioned in this article
Fred Neymar Brazil FIFA World Cup 2014 Luis Suarez Football
Get the latest updates on Fifa Worldcup 2022 and check out  Fifa World Cup Schedule, Stats and Live Cricket Score. Like us on Facebook or follow us on Twitter for more sports updates. You can also download the NDTV Cricket app for Android or iOS.