Having bettered, then broken Ronaldo's record of 15 World Cup goals during Brazil 2014, Miroslav Klose said it will all count for nothing if Germany lose to Argentina in the final match of FIFA World Cup 2014. 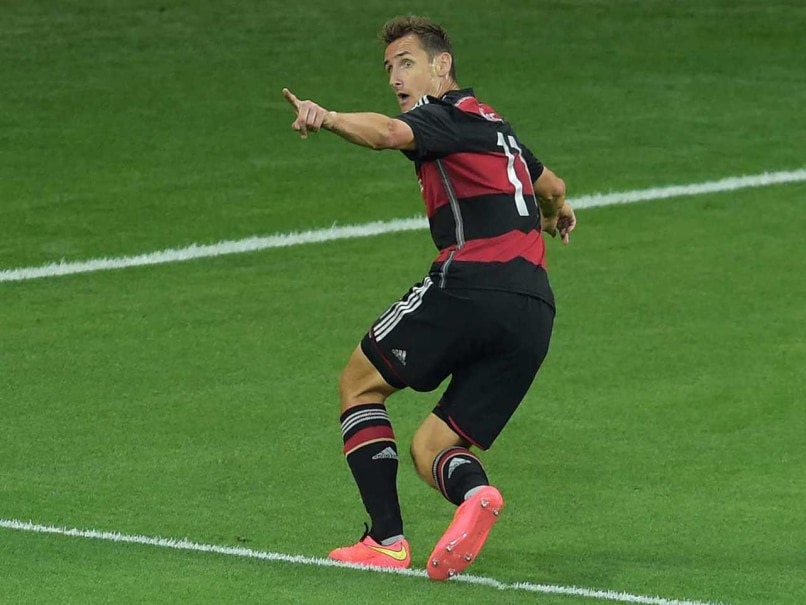 Miroslav Klose, Germany's sole survivor from their 2002 World Cup final defeat, says his side must forget their rout of Brazil and seize their chance against Argentina in Sunday's final.

The 36-year-old Klose, who scored a record 16th World Cup goal in Tuesday's 7-1 semifinal rout of Brazil, was on the losing side in Yokohama in Brazil's 2-0 victory in 2002. (Argentina vs Germany: A 'battle' of two popes?)

This is Klose's fourth -- and final -- World Cup finals and the Lazio star desperately wants to sign off in style at Rio de Janeiro's Maracana Stadium.

"We enjoyed the game against Brazil, but we ticked it off after 24 hours," said Klose. (Five warnings for rampaging Germany)

"In the next game, we have to again play to the best of our abilities. "It feels really awful to lose a final, so it's our time to win this one."

Having bettered, then broken Ronaldo's record of 15 World Cup goals during Brazil 2014, Klose said it will all count for nothing if Germany lose to Argentina.

"It's a hugely emotional thing for me, but people who know me, know that my focus is already on Argentina -- 100 percent," he said.

"Yes, I have overtaken Ronaldo as the best goal-scorer, but that is something to take on board another day.

"If we lose the final, my joy as the top-scorer will be significantly dampened."

Amidst growing expectations in Germany of a fourth World Cup title, defender Benedikt Hoewedes said the Brazil mauling will mean nothing if they lose at the Maracana.

"Many people are giving us slaps on the back and we love the compliments, but we can't make the mistake that it's already over, far off it," said the left-back.

"People are saying in Germany that the title is almost in our pocket, but the Argentinians will fight to take the title home.

"We'll have to do all we can to make sure that doesn't happen. "We also know the time is ripe now, if we don't (win it), the semi-final victory will just be consigned to the archives of history."

Comments
Topics mentioned in this article
Germany Argentina Brazil Miroslav Klose FIFA World Cup 2014 Football
Get the latest updates on ICC Women's Cricket World Cup 2022 and IPL 2022, check out the Schedule , Live Score and IPL Points Table. Like us on Facebook or follow us on Twitter for more sports updates. You can also download the NDTV Cricket app for Android or iOS.