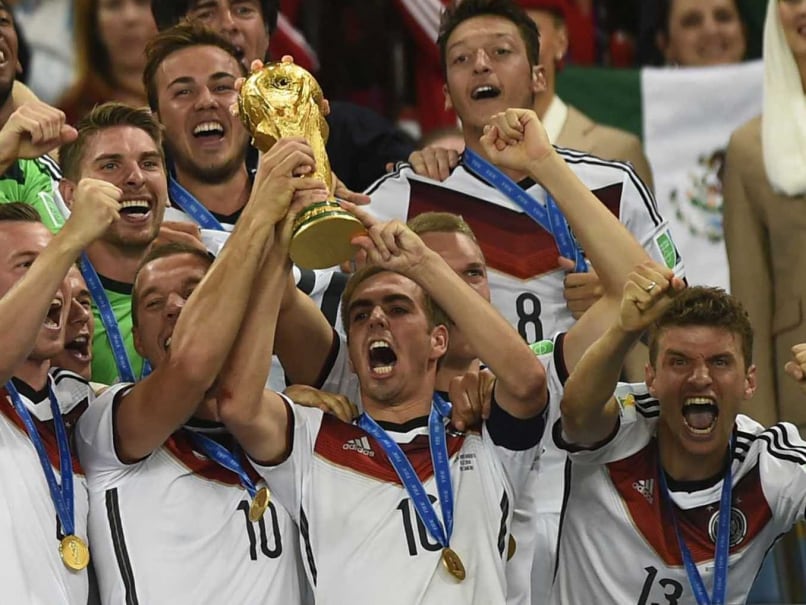 Substitute Mario Goetze grabbed the only goal of the game in extra time as Argentina paid for missing a host of good chances through Gonzalo Higuain, Messi and Rodrigo Palacio to take the lead. (Germans Beat Argentina to Win Fourth World Cup Title)

"It's unbelievable what we have achieved. Whether we have the best individual player doesn't matter at all, you just need to have the best team," said the Bayern Munich defender. (Five Moments Where Germany Trumped Argentina)

"We improved throughout the tournament and didn't get down when things didn't always go our way, we just stuck to our path and at the end we're standing here as world champions. (Lionel Messi Squanders Chance to Join the Greats)

"It's an unbelievable feeling. The team stayed calm and patient, we knew that we had something left at the end." (Super Mario Goetze, Germany's World Cup Winner)

Comments
Topics mentioned in this article
FIFA World Cup 2014 Germany Argentina Philipp Lahm Football
Get the latest updates on ICC Women's Cricket World Cup 2022 and IPL 2022, check out the Schedule , Live Score and IPL Points Table. Like us on Facebook or follow us on Twitter for more sports updates. You can also download the NDTV Cricket app for Android or iOS.