With a goal in the 113th minute, Germany beat Argentina to claim their fourth World Cup title, first since 1990. 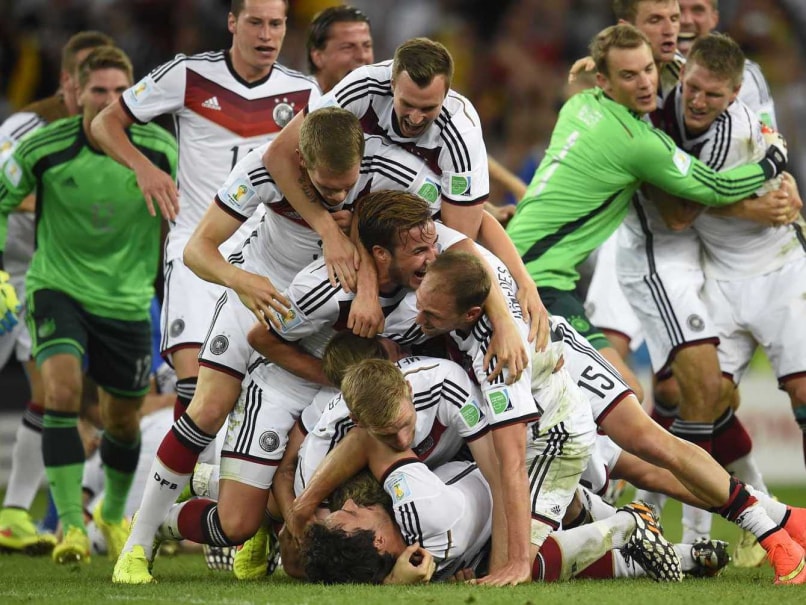 Germany won the World Cup for the fourth time on Sunday with a 1-0 win over Argentina thanks to Mario Goetze's extra time goal at the Maracana in Rio de Janeiro. (Highlights)

Here, AFP sports looks at five moments which swung the match in the Germans' favour:

After a cagey opening, Argentina were handed a glorious chance to open the scoring when Toni Kroos' misplaced header put Gonzalo Higuain clean through on goal.

However, the Napoli striker pulled his shot horribly wide of goal to let Kroos off the hook.

Lionel Messi's moment to seal his place amongst the greatest players of all time by scoring in a World Cup final seemed to have arrived just after the break as he slipped the German offside trap and lined up a shot on his favoured left foot, but the ball flashed inches past Manuel Neuer's far post.

German keeper Neuer was roundly praised for his sweeper-keeper abilities in the round of 16 win over Algeria, but a rush from his line could have cost his side dear as he clattered into Higuain just inside the area.

However, instead of pointing to the spot and possible showing Neuer a red card, referee Nicola Rizzoli awarded a free-kick to Germany for a supposed foul by Higuain.

The chances kept coming for Argentina, but so did the misses as five minutes into extra time it was substitute Rodrigo Palacio who sent the ball wide after controlling Marcos Rojo's cross.

The breakthrough was finally broken by Joachim Loew's men seven minutes from the end of extra time as Goetze controlled Andre Schuerrle's whipped cross from the left before stretching to volley past the helpless Sergio Romero.