The Brazilian Football Confederation said it was urging FIFA's disciplinary commission "to annul the yellow card unjustly shown" to Silva in their quarter-final win over Colombia. 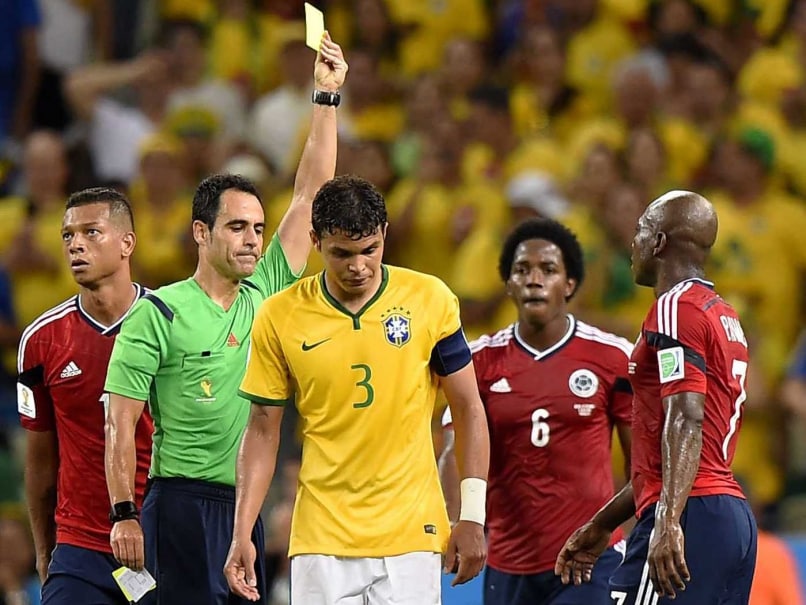 The organization said it was urging FIFA's disciplinary commission "to annul the yellow card unjustly shown" to Silva in their quarter-final win over Colombia.

The CBF also demanded football's governing body investigate the "violent challenge" of Colombia's Juan Camilo Zuniga, whose knee-in-the-back tackle on Neymar saw Brazil's starlet stretched off with a fractured vertebrae. (No Neymar, no party for Brazil)

The aerial challenge ended Neymar's participation in the tournament, dealing a blow to the hosts' chances of seeing off the Germans, while Silva's booking left him suspended and Brazil shorn of a second key player. (FIFA analysing Neymar injury)

Saying he never intended to hurt his rival, Zuniga apologised to Neymar for his challenge, which Brazilian media on Sunday complained was too rough even for an MMA wrestling encounter.

FIFA has confirmed it is studying the Zuniga tackle.

Comments
Topics mentioned in this article
FIFA World Cup 2014 Brazil Thiago Silva Football
Get the latest updates on Olympics 2020, Olympics 2020 Medal Tally, Live Cricket Score . Like us on Facebook or follow us on Twitter for more sports updates. You can also download the NDTV Cricket app for Android or iOS.