Argentina face Netherlands in the 2nd semifinal of the World Cup 2014. 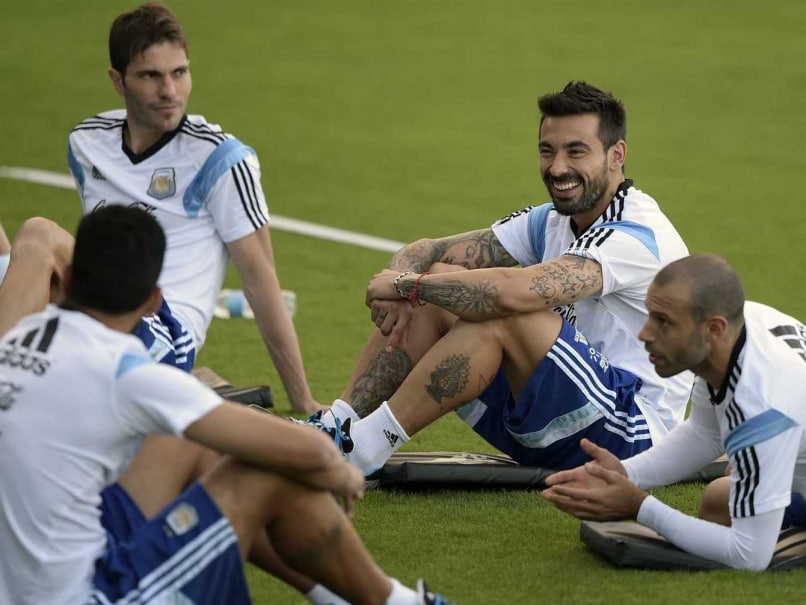 Argentina team in practice ahead of semis clash vs Netherlands© AFP

Argentina midfielder Javier Mascherano warned his team-mates against facing Netherlands in the World Cup semi-finals adding that the Oranje are yearning to win the tournament after losing to Spain in the 2010 final. (History hangs heavy as Netherlands face Argentina)

Mascherano said they know they are playing against a team who are the best in counter-attacking with the speed of their forwards, reports EFE. ('Dutch Messi' Arjen Robben ready for Argentina)

"We will face a team that is experienced and very hungry to win after losing the last World Cup final. We will not expect an easy match and it will be even harder than Belgium for the quality of their players and experience," the Argentine said.

Argentina reached the semi-finals for the first time in 24 years after defeating Belgium last Saturday with an early goal from Gonzalo Higuain. (RVP out to end knockout stage voodoo)

"We have a unique and wonderful opportunity and we will live with the dream of being able to reach the final," Mascherano concluded.

Argentina take on Netherlands at the Arena de Sao Paulo on Wednesday.

Comments
Topics mentioned in this article
Argentina Netherlands Javier Mascherano FIFA World Cup 2014 Football
Get the latest updates on ICC Women's Cricket World Cup 2022 and IPL 2022, check out the Schedule , Live Score and IPL Points Table. Like us on Facebook or follow us on Twitter for more sports updates. You can also download the NDTV Cricket app for Android or iOS.