Britain's Deputy Prime Minister Nick Clegg, the most senior British politician to call for such action, said Vladimir Putin's behaviour towards Ukraine was "beyond the pale" and had reached "a tipping point". FIFA, soccer's world governing body, has so far rejected calls from some German politicians to stop Russia hosting the World Cup in 2018. 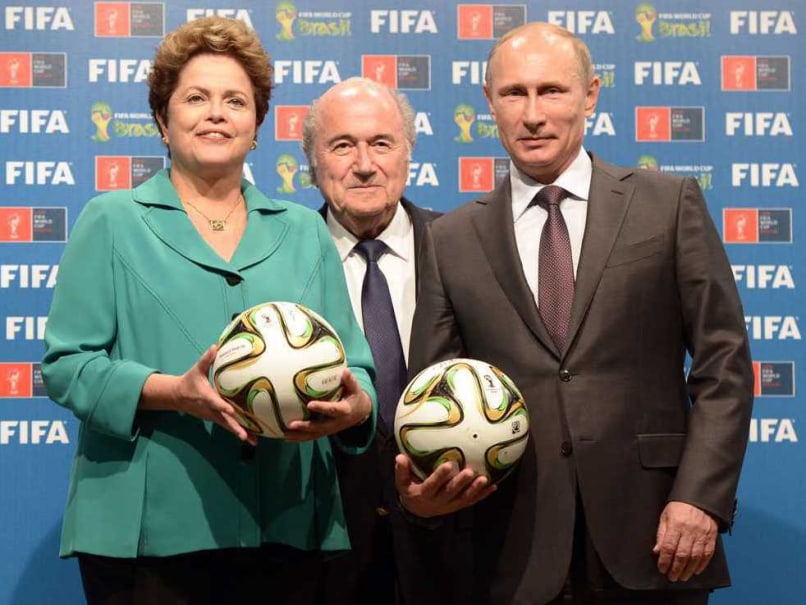 Russia should be stripped of the right to host the 2018 soccer World Cup unless President Vladimir Putin stops destabilising Ukraine, Britain's Deputy Prime Minister Nick Clegg said on Sunday, warning the world would look weak if it didn't act.

Clegg, the most senior British politician to call for such action, said Putin's behaviour towards Ukraine was "beyond the pale" and had reached "a tipping point". (Also read: Russian President inherits FIFA World Cup baton, promises 'unforgettable' 2018)

He spoke out as fighting around the site of MH17, the Malaysian airliner downed in eastern Ukraine on July 17, prevented a visit by international experts and as the European Union weighed new sanctions on Russia.

"If there's one thing that Vladimir Putin cares about, as far as I can see, it's his sense of status," Clegg told The Sunday Times newspaper.

"Maybe reminding him that you can't retain the same status in the world if you ignore the rest of the world, maybe that will have some effect on his thinking."

The intervention by Clegg, the leader of the Liberal Democrats, the junior partner in Britain's two-party coalition, will put pressure on Prime Minister David Cameron, the leader of the ruling Conservatives, to clarify his position on the matter.

Cameron's spokesman has so far said the British leader prefers to avoid mixing sport and politics and to use other mechanisms, such as EU asset freezes and sanctions on Russian individuals and entities, to punish Russia.

"Vladimir Putin himself has to understand that he can't have his cake and eat it," said Clegg.

"He can't constantly, you know, push the patience of the international community beyond breaking point, destabilise a neighbouring country, protect these armed separatists in the east ofUkraine and still have the privilege and honour of receiving all the accolades in 2018 for being the host nation of the World Cup."

FIFA, soccer's world governing body, has so far rejected calls from some German politicians to stop Russia hosting the tournament, saying the competition could be "a force for good".

Almost 200 Dutch citizens lost their lives in the incident and the Dutch football association has said it will meet in due course to decide if it will take part in the qualifying competition for the finals in Russia.

British politicians, like those in other EU countries, have taken an increasingly tough line onRussia since the downing of MH17, accusing Moscow of arming the separatists there, somethingRussia denies.

Clegg said it was "unthinkable" to imagine the soccer tournament going ahead in the present circumstances and that the world would look weak and insincere if it allowed Russia to stage it without a change of course by Putin on Ukraine.

"You can't have this - the beautiful game marred by the ugly aggression of Russia on the Russian Ukrainian border," said Clegg.

The opposition Labour party said it too thought stripping Russia of the World Cup was an option if its complicity in the downing of MH17 was proven and Putin did not change course.

"Fifa should be considering contingencies now, and any discussion should happen quickly, so that if necessary, alternative plans are in place in time for teams and fans from around the world,"Douglas Alexander, Labour's spokesman on foreign affairs, said in a statement.

Britain, home to many wealthy Russians, said on Saturday it thought it highly likely that MH17 was shot down from a separatist-controlled area with a missile system supplied by the Kremlin.

However, Russia's ambassador to Britain said on Friday that Moscow was only providing humanitarian aid to the separatists. He said there was no proof of his country's involvement.

Clegg said that Russia should not host a Formula One Grand Prix in October either, but F1 boss Bernie Ecclestone has said that event will go ahead as planned.

Comments
Topics mentioned in this article
FIFA World Cup 2014 Russia Football
Get the latest updates on India vs Australia Series, check out the India vs Australia Schedule for 2020-21 and Ind vs Aus live score . Like us on Facebook or follow us on Twitter for more sports updates. You can also download the NDTV Cricket app for Android or iOS.