Twitter Inc users will influence colours of which of the two finalists - Argentina or Germany - will be on for the longest during the FIFA World Cup 2014 final. 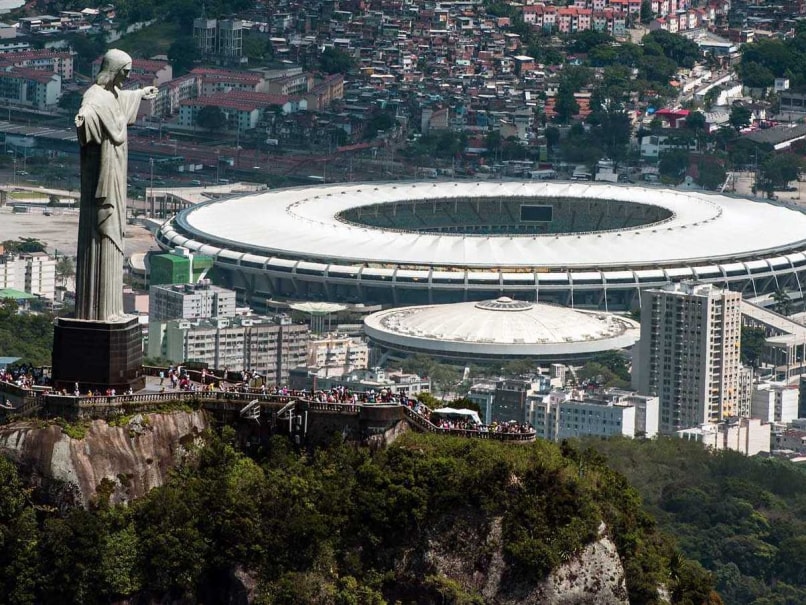 Rio's iconic Christ statue will be lit up on the eve of Sunday's World Cup final in the colours of each of the finalists' flags with Twitter users to determine which is displayed the longest.

Starting on Wednesday, Twitter Inc users around the world can participate by tweeting the hashtag #ArmsWideOpen followed by the abbreviation of the finalist nations - Germany (GER) and the winner of the match to be played Wednesday between Argentina (ARG) and the Netherlands (NED).

And on Saturday at 7 pm local time (2200 GMT) the imposing statue overlooking Brazil's most famous city will light up with the flag colours for a period of time proportional to votes received.

The final will take place at Rio's Maracana stadium.

"We will capture the opinions of fans around the world and project them over Rio's Christ," Carlos Moreira Jr, Twitter's director of marking development for Latin America, told Reuters.

The contest is a joint initiative between Twitter and the Archdiocese of Rio de Janeiro which administers the city landmark.

With 35.6 million messages, Brazil's traumatic 7-1 defeat to Germany for the first semi-final on Tuesday was the most tweeted sports event ever.

People use social media to comment on real time about global events like the World Cup, turning them into big advertisement opportunities for the San Francisco-based company.

More than 300 million tweets were sent just during the first round of the World Cup.

Comments
Topics mentioned in this article
Argentina Germany FIFA World Cup 2014 Football
Get the latest updates on ICC T20 Worldcup 2022, check out the Schedule and Live Score. Like us on Facebook or follow us on Twitter for more sports updates. You can also download the NDTV Cricket app for Android or iOS.