Paul Pogba, the captain and stand-out player of the France team that triumphed at last year's Under-20 World Cup in Turkey, the tall, technically refined Juventus player has long been seen to represent his country's future. 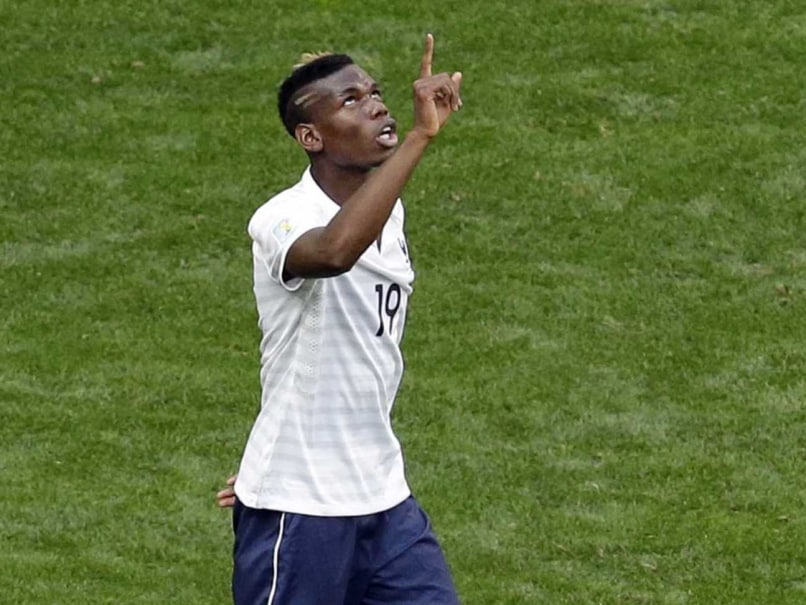 With his decisive goal against Nigeria in the World Cup last 16, France's young midfielder Paul Pogba indicated that he is ready to bear the burden of his team's expectations.

The captain and stand-out player of the France team that triumphed at last year's Under-20 World Cup in Turkey, the tall, technically refined Juventus player has long been seen to represent his country's future.

National coach Didier Deschamps has described him as a central midfielder who has "everything", but prior to Monday's 2-0 win over Nigeria in Brasilia, his maiden World Cup had been mixed.

He was criticised for kicking out at opposing midfielder Wilson Palacios during France's opening 3-0 win over Honduras, after which Deschamps urged him to show more "control".

He then impressed as a substitute in the 5-2 victory over Switzerland, notably producing a sublime assist for Karim Benzema, but after a lacklustre display in the 0-0 draw with Ecuador, his place in the team was reported to be under threat from Moussa Sissoko.

In keeping with his experiences in Brazil to date, his performance against Nigeria at the Mane Garrincha National Stadium was a slow-burner.

While he forced Nigeria goalkeeper Vincent Enyeama into a spectacular save with an emphatic first-half volley, his final pass often let him down, but as France began to turn the screw in the latter stages, so Pogba came to the fore.

His 79th-minute header may have owed to a handling error by Enyeama, but his team-mates were quick to underline its importance.

"France are a good team, with excellent players. Perhaps the one who stands out the most is Pogba," said Brazil midfielder Fernandinho, who plays for Manchester City.

"He's a player with very good technique, is a strong finisher, and scored with his head."

Fernandinho might have crossed paths with Pogba sooner had the Frenchman not run out of patience over his slow progress through the youth ranks at former club Manchester United.

United were accused of "stealing" Pogba, then 16, from Le Havre in 2009, but despite the eagerness they showed to acquire his services, Pogba felt that the club's legendary manager Alex Ferguson was stunting his progress.

"It was the feeling I had with the coach," Pogba told French sports daily L'Equipe in August 2012, shortly after joining Juventus.

"He said he trusted me, but he didn't let me play. He said I was too young. He said: 'Your time will come.' It didn't come.

"Even though he's had a 25-year career and despite the fact he's the boss, my objective was to play.

"I'm impatient. When I want something, I'll do anything to get it."

Ferguson countered by claiming that Pogba had not shown United "any respect at all" and asserting that he was "quite happy" to see him leave.

Pogba's instant impact at Juventus, quickly becoming a key first-team player and winning the Serie A title in his first two seasons, suggested that, for once, Ferguson's judgement had let him down.

And with Germany now awaiting France in the quarter-finals at the Maracana on Friday, Pogba will not have long to wait for another opportunity to enhance his blossoming reputation.

Comments
Topics mentioned in this article
FIFA World Cup 2014 Paul Pogba Football
Get the latest updates on ICC Women's Cricket World Cup 2022 and IPL 2022, check out the Schedule , Live Score and IPL Points Table. Like us on Facebook or follow us on Twitter for more sports updates. You can also download the NDTV Cricket app for Android or iOS.