Netherlands, who are still unbeaten in the tournament, face Costa Rica in the quarterfinals of the FIFA World Cup. 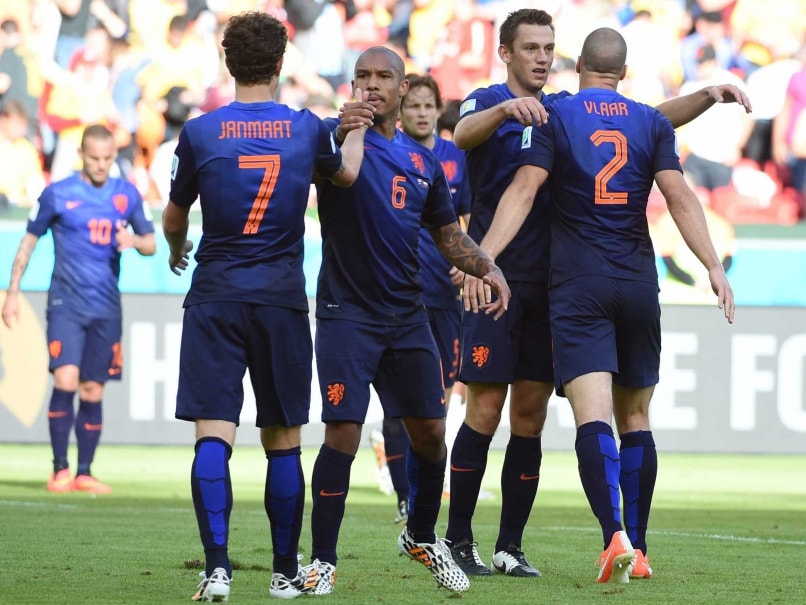 In an 'out of the world' incentive, a Dutch aerospace engineering company has offered the entire Netherlands team a flight into space if they win the World Cup. (All Fixtures)

After finishing runners-up on three occasions, the Netherlands are keener than most to secure their elusive maiden World Cup title.

If that motivation is not enough for the players, this year's squad have been given an even bigger incentive to bring the trophy home. (Robben apologises for dive | Dutch Media debates)

Dutch aerospace engineering company 'Ruimtevaartbedrijf SXC', or SXC for short, have promised the 23-man squad all a flight into space if they win their maiden World Cup trophy, The Independent reported.

The offer is apparently inspired by Robin van Persie 'taking flight' to score his spectacular headed goal in the 5-1 thrashing of Spain.

"As a company of Dutch origin, we are mega proud of the achievements of Oranje in Brazil. An unearthly performance deserves an unearthly reward!" Co-founder of SXC, Michiel Mol, told Dutch media.

"We are going to try to take the players literally to a higher level - 103 km!" he said.

"(We'll take) the whole selection of 23 players and of course, Louis van Gaal," Mol was quoted as saying.

SXC are reportedly hoping to be able to offer commercial flights into space from next year, meaning that Arjen Robben and team could be the first footballer astronauts as early as 2016.

Comments
Topics mentioned in this article
FIFA World Cup 2014 Netherlands Football
Get the latest updates on ICC Women's Cricket World Cup 2022 and IPL 2022, check out the Schedule , Live Score and IPL Points Table. Like us on Facebook or follow us on Twitter for more sports updates. You can also download the NDTV Cricket app for Android or iOS.