Joachim Loew to Stay On as Germany Coach Till Euro 2016

Joachim Loew took over as German head coach in 2006 after two years as assistant and extended his contract until 2016 before the World Cup in Brazil. 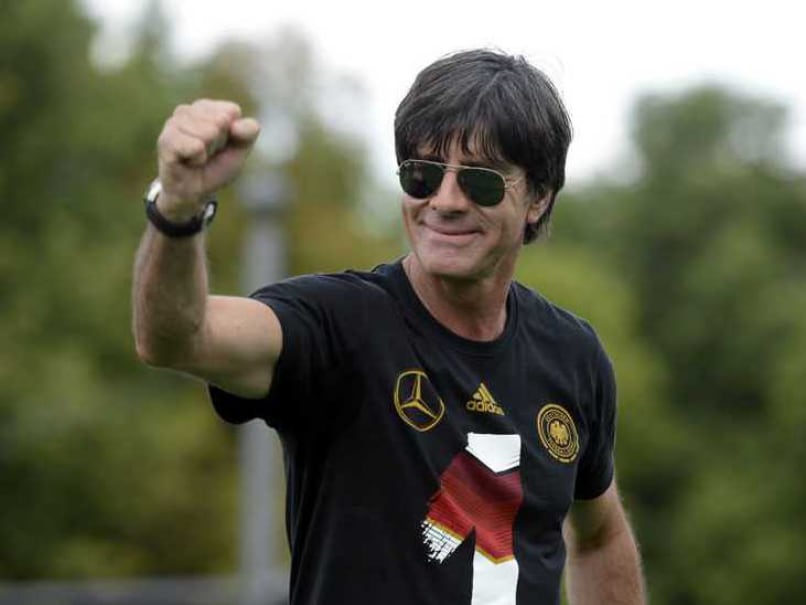 Germany coach Joachim Loew said on Wednesday that he never considered leaving his post after winning the World Cup title and insisted he would see out his contract which runs until Euro 2016.

"I didn't think of stopping for one second," said Loew, 54, in an interview published on the German Football Federation (DFB) website. (We are all world champions, Loew tells fans)

Loew took over as German head coach in 2006 after two years as assistant and extended his contract until 2016 before the World Cup in Brazil.

"I didn't extend my contract with the DFB until 2016 to prematurely break it," said Loew, who had refused to answer questions about his future after guiding his side to a 1-0 defeat of Argentina in this month's World Cup final.

"I simply kept to what we had agreed before the World Cup that we were going to calmly sit down and analyse the tournament as we have done after every tournament," he explained.

Loew said that he was already looking forward to leading Germany to Euro 2016 which will be played in France.

"I can't imagine anything more beautiful than to continue working with this team, to lead them to the European championship in France, to continue to develop the group and each of the players," he said.

"I'm as motivated as the first day. We celebrated a huge success in Brazil, but there are other objectives that we want to achieve. The 2014 World Cup was a summit but it wasn't a conclusion."

Loew led Germany to their fourth World Cup title in Brazil and the first since reunification in 1990.

One of his first tasks will be to find a new captain after defender Philipp Lahm's surprise international retirement, with Bayern Munich midfielder Bastian Schweinsteiger favourite for the job.

Comments
Topics mentioned in this article
Germany FIFA World Cup 2014 Football
Get the latest updates on India vs England Series, India vs England , live score and IPL 2021 Auction . Like us on Facebook or follow us on Twitter for more sports updates. You can also download the NDTV Cricket app for Android or iOS.