FIFA World Player of the Year Cristiano Ronaldo sprinkles magic dust onto a Portugal team that can assemble talent from Europe's top flight but which without him lacks that extra edge.

The question facing Portugal at the Word Cup is plain: Can Cristiano Ronaldo do for his country what Diego Maradona did for Argentina at the 1986 tournament? 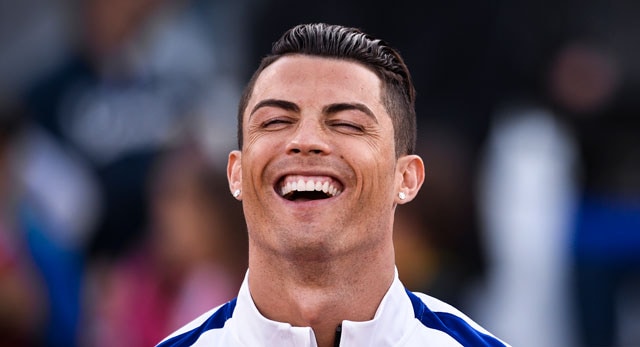 Argentina went to Mexico 28 years ago with a solid team, but it was Maradona who made the South Americans special as he lifted them to the World Cup title with some electrifying performances and sensational goals.

Ronaldo also sprinkles magic dust onto a Portugal team that can assemble talent from Europe's top flight but which without him lacks that extra edge.

The 2013 FIFA world player of the year's stupendous performances against Sweden in the World Cup playoffs were a case in point. He got all four of Portugal's goals over two legs, including a hat trick in the return leg in Sweden as the Portuguese qualified with a 4-2 aggregate win.

In those games, Ronaldo produced the kind of explosive bursts of speed and close ball skills that have made him great.

"He is a huge influence in the team and our decisive player," Portugal coach Paulo Bento said.

Ronaldo goes to Brazil with an impressive recent goal-scoring record. He was the Champions League's top scorer for the second straight season, his 17 goals setting a new record for a campaign. His goal in the final against Atletico Madrid was his 51st for Real Madrid last season. In La Liga, he found the net 31 times, making him the Europe's top league scorer alongside Liverpool's Luis Suarez.

Calling Portugal a one-man team is uncharitable, Bento said. But subtract Ronaldo from the equation and the team can look ordinary, possessing no game-changing heavyweights.

That's a far cry from the caliber of the 1990s Golden Generation, led by 2001 world player of the year Luis Figo. But the generations have one thing in common: neither has won any silverware.

These days, it is hard to overstate the inspiring role Ronaldo plays for Portugal.

When an ankle injury kept Ronaldo out of his country's first two qualifying games for the 2012 European Championship, Portugal drew at home against Cyprus and lost to Norway. When he returned, Portugal racked up a five-game winning streak that put it back in contention.

In qualifying for the 2010 World Cup, Ronaldo was played out of position and didn't score a single goal for his country in the campaign, which featured a run of three 0-0 draws, two of them at home, consigning Portugal to the playoffs.

After 11 years in the national team, Ronaldo is his country's all-time top scorer with 49 goals, two more than previous record-holder Pauleta, who is now retired.

In Brazil, he could become the first Portuguese player to score at three different World Cups.

Comments
Topics mentioned in this article
Football FIFA World Cup 2014 Cristiano Ronaldo Portugal
Get the latest updates on Fifa Worldcup 2022 and check out  Fifa World Cup Schedule, Stats and Live Cricket Score. Like us on Facebook or follow us on Twitter for more sports updates. You can also download the NDTV Cricket app for Android or iOS.