Germany vs Argentina: Pope Loves All, Will be Neutral for FIFA World Cup Final

A native of Argentina, Pope Francis hails FIFA World Cup and says the tournament has helped people from different cultures come together. 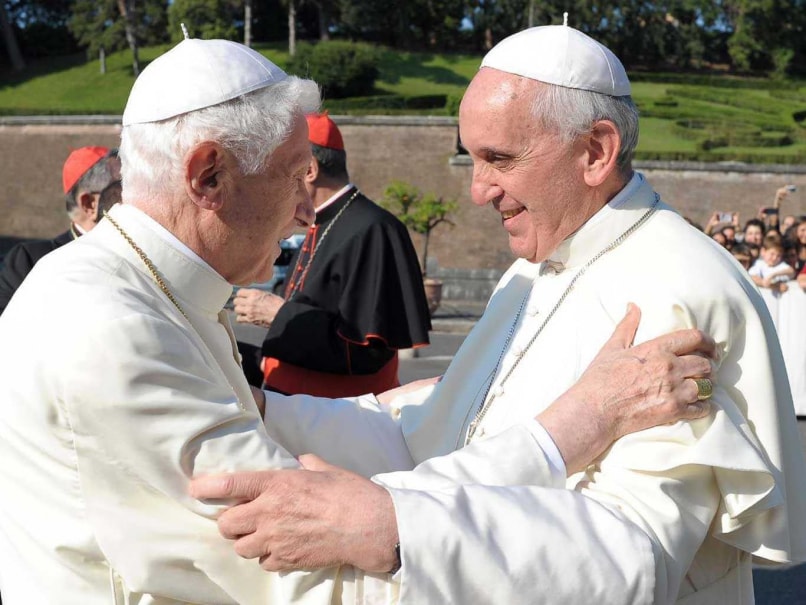 In this file photo provided by the Vatican newspaper L'Osservatore Romano, Pope emeritus Benedict XVI of Germany, left, is welcomed by Pope Francis of Argentina during a ceremony for the unveiling of San Michele Arcangelo statue at the Vatican. © AP
Vatican City:

Football fan Pope Francis stayed neutral on Saturday ahead of the World Cup final between his native Argentina and Germany, saying the tournament in Brazil had shown the importance of dialogue between different cultures.

"The World Cup allowed people from different countries and religions to come together. May sport always promote the culture of encounter," Francis said in tweets in several languages including Latin from his @pontifex account. (Also read: Vatican says 'no two popes' for FIFA World Cup final)

The Vatican has said Francis "might" watch the match although it has ruled out the possibility that he could sit down with his German predecessor Benedict XVI, known to be more fond of theology and piano music than sports.

Francis, formerly the archbishop of Buenos Aires Jorge Bergoglio, on the other hand has been a fan since childhood and is known to support the San Lorenzo de Almagro club. (Vatican calls for global ceasefire during FIFA World Cup final)

The Vatican has also joined calls for a ceasefire in wars around the world during the final, invoking the tradition of an Olympic truce which was customary in ancient times to give athletes free passage to take part in the Games.