Germany vs Argentina: Germans Can Grind Out a Win, Says Joachim Loew

Joachim Loew's Germany face Argentina in the FIFA World Cup 2014 final at the Maracana Stadium with confidence sky-high after the stunning 7-1 semifinal drubbing of Brazil. 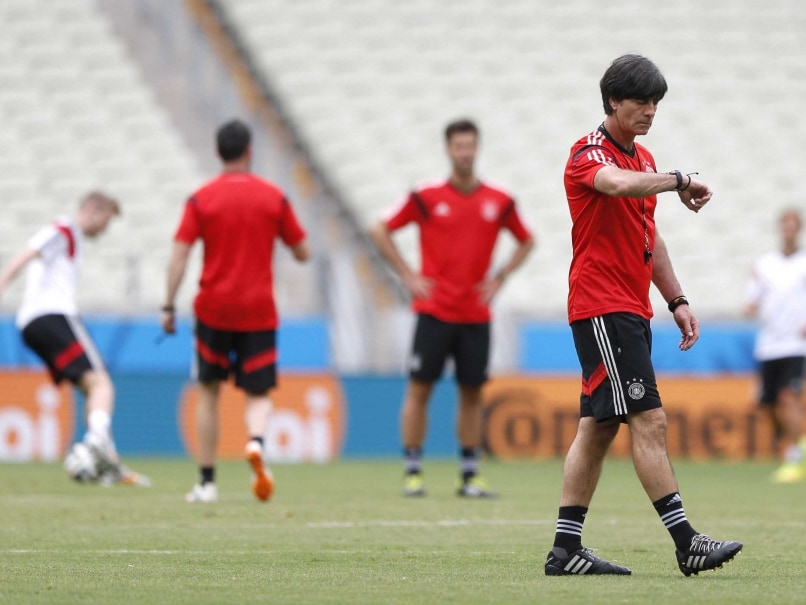 Germany's coach Joachim Loew would want to play down the controversial past and get Germany their fourth FIFA World Cup title.© AP
Rio de Janeiro:

Joachim Loew says Germany have learnt to win ugly during their Brazilian campaign and can grind out victory against Argentina on Sunday if necessary.

Loew's Germany face the South Americans in the World Cup final at the Maracana Stadium with confidence sky-high after the stunning 7-1 semifinal drubbing of Brazil.

Germany's coach says his side demonstrated their maturity by edging narrow wins over the USA in the group stages, then against Algeria and France in the knock-out rounds.

The Germans have learnt their lesson since losing in the 2010 World Cup semifinals when Loew's young guns were out-thought by a compact Spain team after dazzling wins over England and Argentina.

After their goal-fest against the Selecao, Loew expects a tough battle in Sunday's final. (Also read: Messi Adept, Not Adored)

Alejandro Sabella's Argentina has an outstanding defence, but Loew says the Germans can tough it out if necessary. (Argentina Prepares to Party)

"My experience is that no team manages to go through an entire tournament with seven fantastic victories, you often have to fight and overcome obstacles," said the 54-year-old. (Also read: Messi One Step Away From Greatness)

"I don't think there is a team who has gone through the entire tournament playing fantastically well.

"Just like in the (last 16) match against Algeria, they had absolutely nothing to lose against us and gave their all.

The Germans have analysed Argentina's game in detail and are prepared for whatever comes.

"I think Argentina can play both styles," Loew said when asked if he expects Sunday's opponents to sit deep or attack.

"They have players who can change to counter-attack very quickly or soak up pressure.

"It could be that Argentina try to attack us early, then fall back, we have to be prepared for that."

Argentina managed to shut down the Netherlands' star-studded attack in the semifinal before winning a shoot-out after a goalless extra-time, but Loew wants to avoid dreaded penalties.

Germany have a faultless record in World Cup shoot-outs with four wins from four, but want to win over 90 minutes and have done their homework accordingly.

"We hope the match doesn't have to go to a penalty shoot-out, we want to decide it before that," said Loew.

"There are so many different factors which come into play when spot-kicks decide a match.

"The goalkeepers are getting ready, we have already looked into that and tried to take it into account.

"You are not going to say a penalty taker will shoot to the same side every time, but we have analysed each player and which side they prefer."

Loew believes his side have what it takes to become the first European team to win a World Cup final in the Americas at the eighth attempt.

And after their rout of Brazil, the Germans feel they are on the verge of ending their 24-year wait for a fourth World Cup title.

"We have the necessary self-confidence after the last few matches and if we can tap into our potential, we will win," said Loew.