Despite seven players being troubled by illness in the run-up to the match, Germany scored a solitary goal which was enough to leave the French frustrated in their FIFA World Cup quarterfinal match. 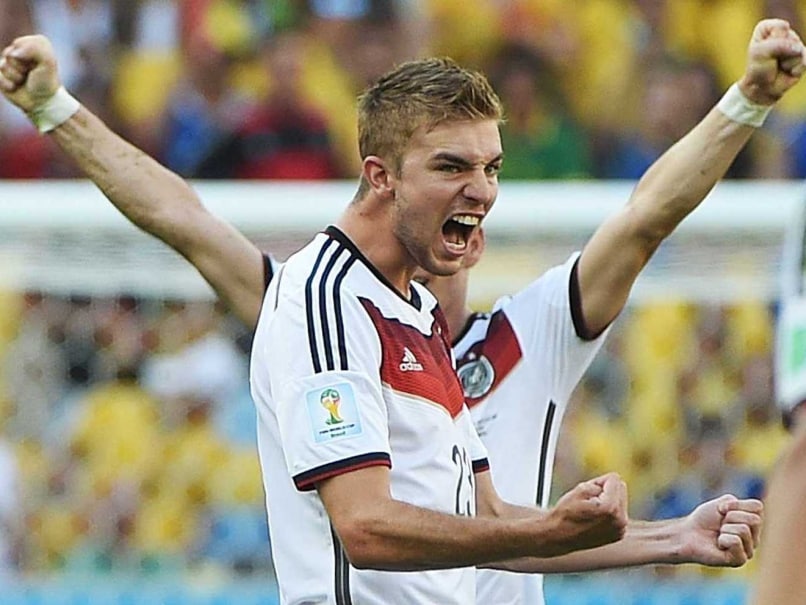 As appetizers go, it was more of a dessert: a World Cup quarterfinal at Estadio do Maracana between two European powerhouses featuring 22 starting players who all play club soccer in England, Spain, France, Italy or Germany. For much of the world, it was a heavyweight fight contested in one of the sport's greatest venues. (Complete FIFA World Cup 2014 coverage)

Here, of course, it was an undercard, as Brazil defeated Colombia, 2-1, later Friday in a game so big it prompted the Colombian government to declare a national holiday. Yet even without top billing, Germany did not mind. The Germans defeated France, 1-0, to advance to their fourth straight semifinal in front of an announced crowd of 74,240. Mats Hummels scored in the 13th minute, and the goal, his second of the tournament, held up to leave several frustrated French players in tears at the final whistle. (Match highlights)

France, which was one of the hottest teams at the group stage, will head home this weekend while Germany - which won despite having seven players troubled by illness in the days leading to the game - is set to face Brazil on Tuesday in Belo Horizonte for a spot in next Sunday's final.

In Brazil, the Germans were picked as the most likely team to break the European hex that has seen no team from the Continent ever win a World Cup in the Americas. Bolstered by a strong contingent of players from juggernaut Bayern Munich, Germany won its group - albeit with some inconsistent play - but was then deemed vulnerable after struggling in the Round of 16 against Algeria as the African underdogs took the Germans into extra time.

The French were widely seen as enigmas after a disastrous 2010 World Cup, in which they did not win a game and were embarrassed by a player revolt that sent the national federation into turmoil. France then nearly failed to qualify for this year's World Cup, slipping in only after overcoming a two-goal deficit in a two-game series with Ukraine for one of Europe's final spots.

Since that rally, however, France's coach, Didier Deschamps, said he saw a noticeable surge from his players, and Les Bleus showed that during the group stage. The French did not lose in the group stage, scoring eight goals in two victories and a draw before knocking off Nigeria, 2-0, in the Round of 16. (Germany vs France, in pics)

That seemed to give the French an edge coming into this quarterfinal, but they struggled to finish in the attacking end of the field. In the first half, France had seven shots and never really troubled German goalkeeper Manuel Neuer - while Germany took four shots and scored when Hummels' deft header, off a precise free-kick cross from Toni Kroos, flew past goalkeeper Hugo Lloris, the French captain, before he could react. Hummels missed the game against Algeria because he was sick and was one of the Germans who coach Joachim Low said was still bothered by flulike conditions entering the game, although it did not appear to be a significant factor.

France was better in the second half but continued to struggle to finish. Andre Schurrle had two chances late to put the game away for Germany but missed both, leaving Karim Benzema with one final opportunity to equalize for France in injury time.

Benzema, a Real Madrid attacker who scored four goals in the World Cup coming into the game, broke in from the left side but saw his shot palmed away by Neuer, the Bayern Munich backstop.

Comments
Topics mentioned in this article
Germany France FIFA World Cup 2014 Football
Get the latest updates on ICC Women's Cricket World Cup 2022 and IPL 2022, check out the Schedule , Live Score and IPL Points Table. Like us on Facebook or follow us on Twitter for more sports updates. You can also download the NDTV Cricket app for Android or iOS.