Manuel Neuer, who won the FIFA World Cup 2014 and the Golden Glove award at the tournament, will get a wax statute at the famous Madame Tussauds. 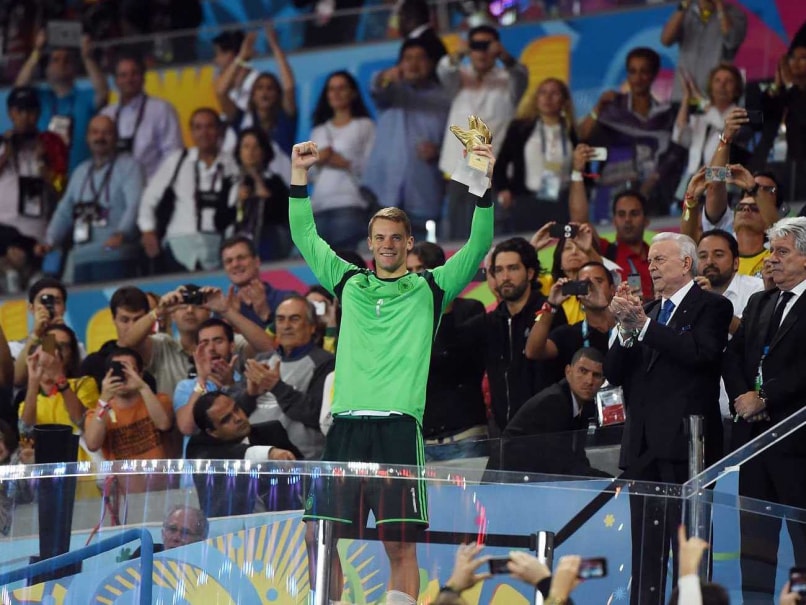 Germany's World Cup-winning goalkeeper Manuel Neuer is set to be immortalised in the form of a a waxwork model at Madame Tussauds in Berlin, the museum announced Wednesday. (EPL peaceful without Suarez: Chief Executive)

"Manuel Neuer is one of the most popular footballers, and since the World Cup he's been the most requested figure by our visitors," explained museum director Sandra Schmalzried, who expressed regret at being unable to honour the entire Germany squad, adding: "but at 200,000 euros per player, it's not possible". (Ancelotti predicts 'new cycle' at Real Madrid)

The Bayern Munich 'keeper, who was voted his country's player of the year in a poll conducted by German football magazine Kicker, will be subjected to a series of measurements and photographs before a team of 20 experts begin a four-month project on the model in London. (Mourinho hails 'bargain buy' Diego Costa)

Neuer's wax likeness will join that of another former Bayern and Germany goalkeeping legend Oliver Kahn as well as those of Mesut Ozil and Jurgen Klinsmann in the Berlin museum. (Man United Boss Louis van Gaal pleads for Patience)

Comments
Topics mentioned in this article
Germany FIFA World Cup 2014 Manuel Neuer Football
Get the latest updates on India vs Australia Series, check out the India vs Australia Schedule for 2020-21 and Ind vs Aus live score . Like us on Facebook or follow us on Twitter for more sports updates. You can also download the NDTV Cricket app for Android or iOS.