From Hungary's thumping win over Uruguay in 1954 to France's victory vs Croatia in 1998, here is a list of the five most memorable World Cup semifinals. 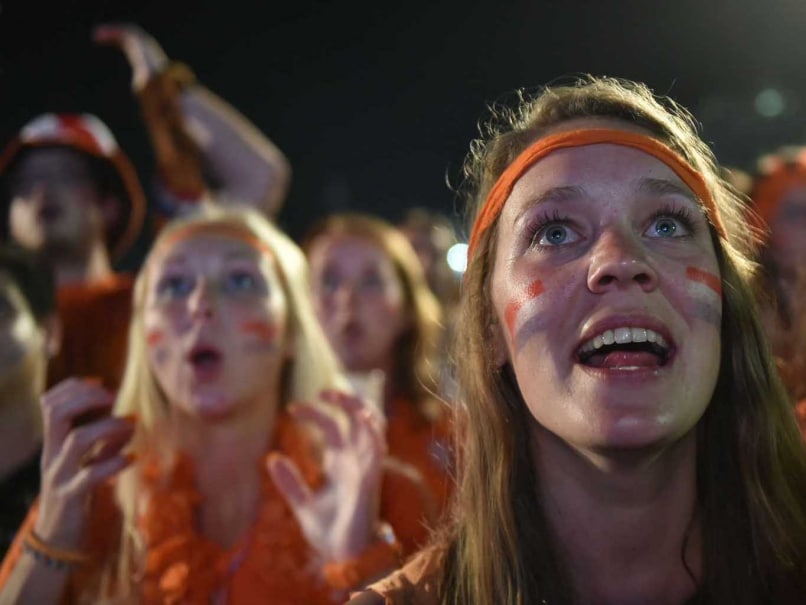 What's a World Cup without fans? A big group of them watch on anxiously during the tournament© AFP

The World Cup semi-finals start Tuesday. Here are five that have already left a mark on football history:

Regarded as one of the greatest ever World Cup games, Hungary, who destroyed West Germany 8-3 in the group stage, went 2-0 up against the Uruguayan defending champioins and looked destined for the final. But the South Americans fought back through a Juan Hohlberg double to take the match into extra-time. Two headers from Sandor Kocsis, who was to score 11 times in the tournament, gave the Hungarians a 4-2 win. "It was the most beautiful, the most humane match of my life," commented Hungarian star Jozsek Boszik. The Magyars went on to lose 3-2 to West Germany in another stunning result in the final.

Portugal, inspired by the 'Black Panther' Eusebio, had lit up the tournament and fancied their chances against England. Two Bobby Charlton goals gave the hosts a 2-0 lead going into the final 10 minutes however. Eusebio, thwarted by England goalkeeper Gordon Banks throughout the game, buried a penalty in the 83rd minute that was the first goal the English had conceded in the finals. Despite huge late pressure, England held out. "That was the greatest performance by the team in this competition to date," said coach Alf Ramsey. His Portugal counterpart Otto Gloria forecast correctly that the English would beat the Germans in the final: "England plays football as it should be played. Germany relies on force," he said.

Regarded by some as the 'Game of the 20th century', the Italians took the lead in the eighth minute through Roberto Boninsegna then packed their defence and held out until the final minute when Uwe Seeler equalised. This prompted the most unlikeliest of extra time goal deluges in the sapping Mexican heat. Gerd 'Der Bomber' Mueller put the Germans in front before the Italians levelled and regained the lead through Luigi Riva. Mueller scored again but as the Germans congratulated themselves, the Italians stole in to restore the lead through Gianni Rivera and this time they held on. They were so exhausted by their efforts that they wilted against a stunning Brazil side in the final and lost 4-1.

A wonderful fluctuating match -- overshadowed by Harald Schumacher's shoulder charge on Patrick Battiston -- with the Germans going 1-0 up through Pierre Littbarski. Michel Platini levelled from the penalty spot and then the French went 3-1 up in extra-time with two splendid goals by Marius Tresor and the diminutive Alain Giresse. However, the Germans leveled at 3-3 through goals by Karl-Heinz Rummenigge and Klaus Fischer. Maxime Bossis had a shootout penalty saved by the pumped up Schumacher and as he dragged himself away in a daze the musclebound Horst Hrubesch thumped home his penalty for a 5-4 victory. The French were more creative, but the Germans more resourceful.

Hosts France defied many critics by reaching the last four. A hugely-talented Croatia side, appearing in their first World Cup finals after the break up of Yugoslavia, took a 1-0 lead a minute into the second-half through Davos Suker. However, the French bounced back a minute later through full back Lilian Thuram, who scored his first ever international goal. Thuram also scored the second with a curling half-volley. He sank to his knees and held a finger to the side of his head marvelling at his timing. The only sour note was cast by Slaven Bilic who simulated being headbutt by Laurent Blanc which led to Blanc's first ever red card. He missed the momentous 3-0 victory over Brazil in the final.