With football craze set to reach its peak this FIFA World Cup season in Brazil, stock traders in Asia - most being fervent followers of the sport - are expected to follow scores more than stocks. 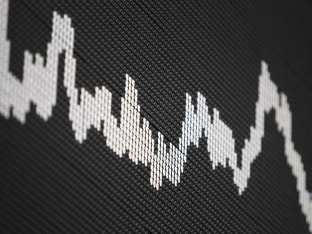 Punts on the World Cup rather than on financial instruments will kick into high gear over the next month as bleary-eyed traders in football-mad Asia tune into the tournament in Brazil, a dozen time zones away. (Brazil Ready to Finally Get FIFA World Cup Underway)

Spread-betting on the 64 matches, tournament-related corporate events and the challenging time difference look set to make for subdued trading on several Asian markets, observers said, pointing to a huge drop in volumes during the 2010 South Africa World Cup.

"When they (traders and investors) get involved in following the World Cup, they have no time to monitor the stocks and shares," said Jimmy Ho, president of the Society of Remisiers in Singapore. (Also read: Carnival or chaos? FIFA World Cup poised for kick-off)

Desmond Chua, an analyst at CMC Markets in Singapore, said football fans typically stay up late to watch the matches, especially in Asia where the time difference means games are aired in the small hours of the morning.

"Trading is likely going to be of lower volumes due to traders either watching or on holiday or even having their bets on soccer," Chua told AFP.

Turnover in Singapore fell more than 30 percent in June 2010, when the World Cup started, from the previous month, financial group Macquarie said in a note that year. And in Hong Kong the fall was about 20 percent in the same period, according to Hong Kong stock exchange data.

In Malaysia, traders are also expecting subdued activity. "A lot of people will be on leave to focus on the World Cup," said local stocks trader S. Thanneer. "For instance if I have 10 investors, only five will be trading."

Ooi Chin Hock, a dealer with Malaysia's M & A Securities, said many investors would turn to placing World Cup bets. "Historically it's like that. Every time when there is a World Cup the market is a bit stagnant," Ooi said.

- Focus 'on pitch rather than trading pit' -

Analysts in China expect trading volumes to thin, despite the national team not actually competing, as was the case four years ago.

"We have already started to see trading volume shrink at the current stage -- it's within expectations," Shen Jun, an analyst with BOC International, told AFP in Shanghai.

However, he added that there are other factors at play.

"On one hand, investors' attention will be drawn to the World Cup games, while on the other hand, there will be new share offers in the market and diverging views towards the domestic economy. So there will be impact from both the fundamental factors and this individual event," Shen said.

And Asia is clearly not alone. A study by the European Central Bank into trades during South Africa 2010 found when the national played the number of transactions in that country's bourse tumbled 45 percent and volumes were 55 percent lower.

In its report the ECB also said a goal led to a drop in activity of five percent, and concluded that "stock markets were following developments on the pitch rather than in the trading pit".

However, while hundreds of millions around the world will be glued to their sets or radios the impact is expected to be limited in Australia, Japan and South Korea, despite the fact all three teams are competing in Rio.

The World Cup's influence on the stock market in Australia trails way behind Aussie Rules, Rugby League, cricket and the Olympic Games, traders there said.

Most of the games also start before the markets open, further limiting any dent.

"Often it can be more that companies are not announcing things to the market because a lot of corporate CEOs are out there doing sponsorship and entertainment," said JBWere markets trader Mike Kendall.

But even in Japan and South Korea, joint hosts in 2002, the famously disciplined hard work ethic takes precedent over football.

KDB Daewoo Securities analyst Lee Jung-Min in Seoul said: "Some related people, including traders, may watch it but I don't think they will shirk their office duties."